Will Garfit on cartridges for pigeon shooting

Choosing the right cartridge for pigeon shooting is all about doing your research, Will Garfit says

A recent question from a reader asked what cartridges I used for pigeon shooting. The answer is simple: Gamebore Velocity, 28gram loaded with No.7½ shot. But the explanation for my choice is more complicated and requires some explanation.

A miss is a miss

I am no cartridge or ballistics geek who spends long evenings in a pub arguing one cartridge against another. The fact is all cartridges on the market today have to be good because the bulk of a cartridge manufacturer’s production is aimed at the clay shooter and competitors, at whatever level, would not tolerate a poor or inconsistent cartridge. The quality of all the main brands is excellent with good shot, scientifically improved powders and wadding creating a fast, hard-hitting cartridge which patterns well. So every cartridge on the market for a 12 bore from 21grams to 34grams of shot sizes from No.7½ to No.4 shot will kill pigeons. There is only one reason that a pigeon shot at does not die and that is pilot error. A miss is a miss whether with an ounce of lead or a ton! 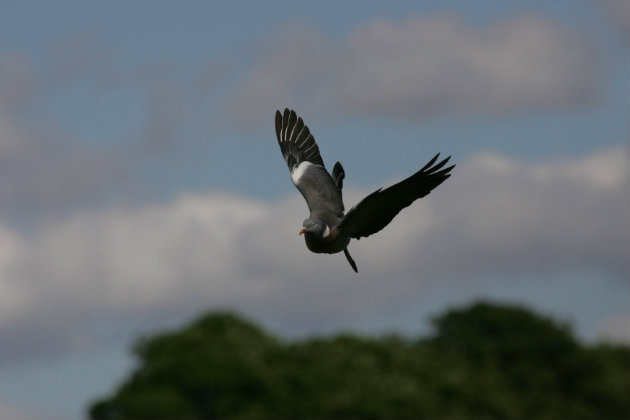 If you’re gameshooting then you’ve got to be aware of etiquette. You have to dress the right way and say… 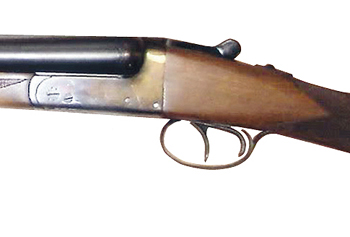 On a day of intensive pigeon shooting you need a gun which is reliable, easy to handle and comfortable to… 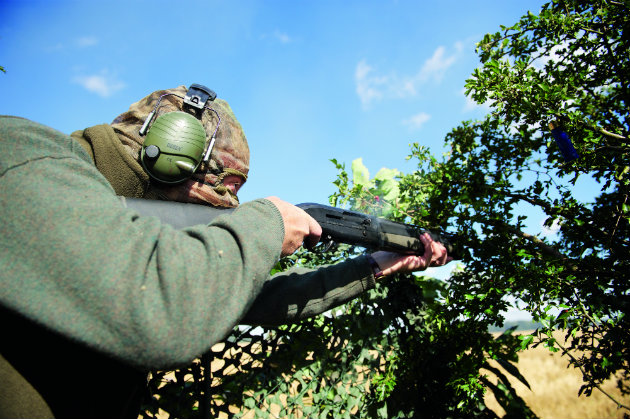 However, let us assume that you are happy with your kill ratio and so want to follow my reason for a specific choice of cartridge. I have used many different ones over the years and 50 years ago (when I was in my twenties) I loaded my own. At that time Eley had a virtual monopoly on British cartridges and they were, relatively, even more expensive than today when there is great competition between manufacturers both here and abroad. In the 1960s it was possible to load cartridges at half price even though one had to purchase Eley shot, wads and primers. I experimented using one once of lead with shot sizes from No.9s to No.4s. They all killed pigeons. Self-loading became uneconomical later when competition reduced the price of cartridges but the price of loading components remained high.

My choice now of No.7½ shot may seem small to some pigeon shooters. Having used No.6s for many years I was offered some No.7½ shot from a game dealer and was surprised how consistently they killed rather than wounded long or high birds.

I am not talking of people’s boastful 70 yarders but birds successfully decoyed to within 40 or 50 yards which after all is the object of the sport. Any cartridge or shot size will kill consistently out to 30 yards, but my theory is that if you were to pluck a pigeon and hang it out at 40 yards it would look a very small target, actually no larger than a clay pigeon. To kill it requires a good pattern with sufficient number of pellets to make a clean kill.

Obviously if you use a 30gram or even 32gram load you can gain more No.6 shot to do the job, but on busy days many shots of heavy loads can lead to headaches, neck or shoulder discomfort, fatigue and loss of concentration, which can reduce performance. This would be less likely if using a semi-auto, which reduces recoil.

Hence for pigeon shooting with my Kemen over-under I have come to use a 28gram No.7½ shot cartridge. Why Gamebore? As one of the best I have used them for some years and at one time they featured me in an advert as it was my record year with their cartridges. The advert also featured George Digweed, being the year that he shot the record number of pigeons in a day.

On the strength of this advert I contacted Gamebore to see if I could be eligible for some sort of discount. “What had you in mind,” they said. “Well what do you charge George Digweed,” I asked tongue-in-cheek. “Err, well as World Campion we sponsor him, of course”.

The outcome was not as generous for the enthusiastic amateur and Shooting Gazette contributor, but a modest discount has been appreciated over the years since.

So there it is, the answer to the original question with the reasons for my choice. However, I repeat, all modern cartridges on the market are good and whilst I swear by Gamebore I know not to blame the cartridge when I miss!