Which is the best hunt, point and retrieve gundog?

Trainer and trialler Rory Major is a hunt, point and retrieve (HPR) specialist and tells David Tomlinson which gundog breeds he rates in his top 15

Though it is not a claim I have ever heard him make, Rory Major has almost certainly trained and competed with more breeds of gundog than anyone else in the business. He has trialled everything from retrievers and spaniels to setters and most breeds of hunt, point and retrieve gundogs (HPR). His successes include making-up the first British wirehaired pointer field trial champion, and subsequently two more. He has also made-up two Brittanys, ensuring that both these dogs (mother and daughter) became dual champions. His DVD on training HPRs (filmed and produced by Paul French) is a bestseller, and he has provided the commentary to Paul French’s lm of the 2016 HPR Championship.

I have listed all this because Rory is a modest and self-deprecating sort of chap, more likely to tell you of his disasters than his triumphs. When I called to see him, he entertained me with the story of his attempt to impress at a new shoot where he had been invited to pick-up. One of his dogs, a cocker, decided to course a hare in front of the Guns, a reminder that dogs are great levellers. I had gone to see Rory because I thought it would be fascinating to get him to rate his top 15 HPRs.

A fascination with new breeds

Though Rory admits to a fascination with new breeds — or at least breeds he has never seen before — there are a few of which he has no experience. So at joint 14 we have three dogs, the Portuguese pointer, the small Münsterlander and the pudelpointer. “I have seen a Portuguese pointer, but never working, and I don’t think I’ve ever come across the other two, so no comment,” he says. 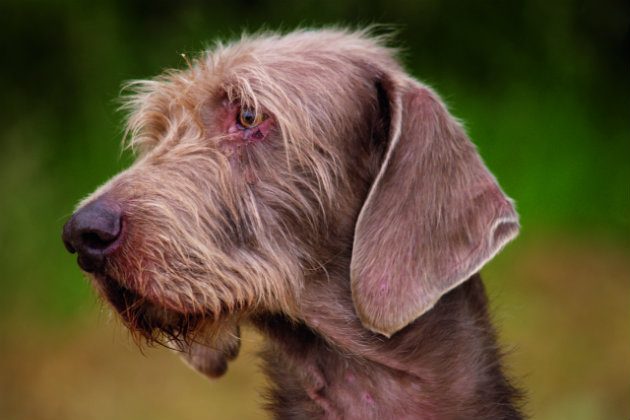 The Slovakian rough-haired pointer is good at beating

At 13 is the Slovakian rough-haired pointer. “I do have one [Rory currently has between 20 and 30 dogs of his own]. I do wonder whether the right strain was brought into the country. My dog will point and retrieve and potter, but he hasn’t got any drive. However, he is a great beating dog and when my wife, Jane, goes beating she always takes the Slovak.”

More difficult to train than a Brittany

The number 12 slot is taken by a French dog with Dutch ancestry, the Korthals griffon. “You can look at the gri on as the soft answer to the German wire-haired pointer, but sadly they don’t seem to be the most trainable of dogs. Most that I have seen have been way out of control or not great retrievers, and I think they are much more difficult to train than a Brittany. The last one I had to train was an exception: his owners didn’t dare let him off a lead. I thought I’d never train him, but once he discovered the ground rules he was great.” 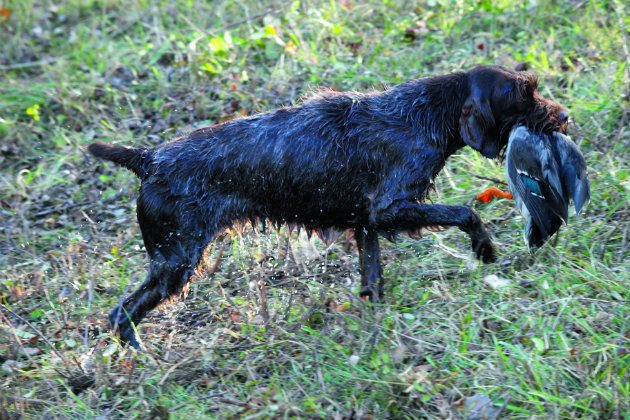 The Korthals griffon is not the most trainable of dogs

It’s number 11 for the spinone Italiano. “Alas, we don’t see the depth of quality on the working side as they are mainly concentrated in the show ring. I did have one called Ludo, which is now in the US. I’ve never had a dog that was so hard to stop. He had a serious issue with hares. On one occasion he chased a hare out of a field and disappeared, but when he came back I’d run out of things to say to him. However, when the next hare got up he sat down, so I made a huge fuss of him. He sat for the next pheasant, too, and suddenly became a steady biddable dog. They are big and hairy and have horrible beards. Low rating because we see so few good ones.” 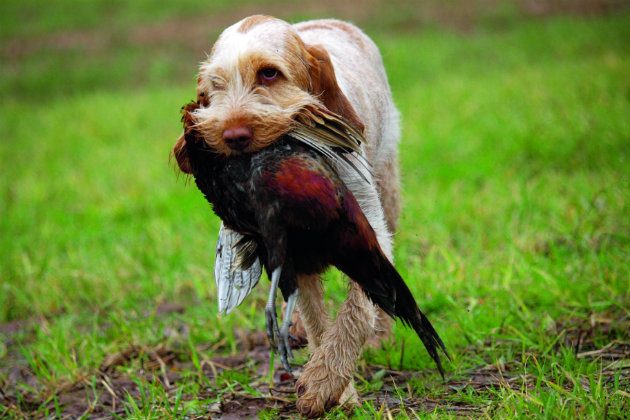 Another Italian dog, the bracco Italiano, is at 10. “I’ve never trained one, so my comments are based on observation. I regard them as a bit like a short-coated spinone but with more power and drive. Too popular in the show ring, so not enough people are breeding them for the purpose they were intended. They do look like a slow plodding hound.” 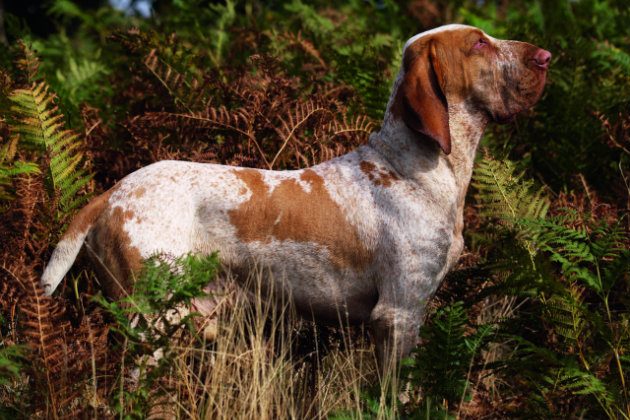 The bracco Italiano has power and drive but is slow

Though numerically one of the most popular of the HPRs in the UK, the Weimaraner is at 9. “The problem is in the breeding, for there are some absolutely wonderful Weimaraners in this country, but to get that quality the breeders have gone to Sweden and the US. These dogs will get out and run. Weimaraners used to be aggressive, but temperaments are now much improved. Some say that this has been at the expense of working ability, but the American dogs have great drive and temperaments. The Swedish bitches I’ve seen were stylish. I think that the Scandinavian-bred dogs suit us.” 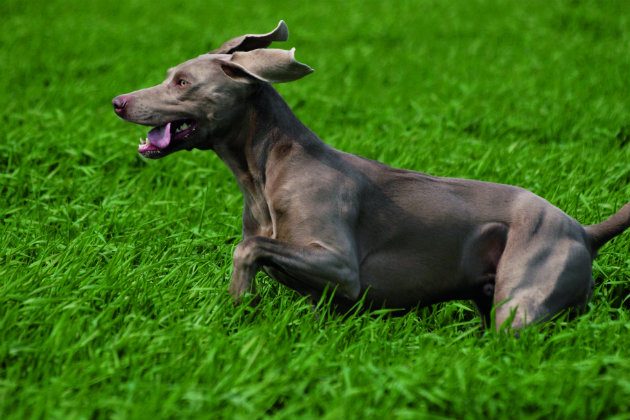 The temperament of the Weimaraner has improved

At number 8 is a breed that few of us know anything about, the braque Français. “I trained the first three to come into this country: they blew me away. However, my first impression was ‘what the hell is that?’ because they reminded me of a small English pointer crossed with a German shorthair. I was already shooting partridges over the first bitch I trained at 12 months old. They were really impressive. 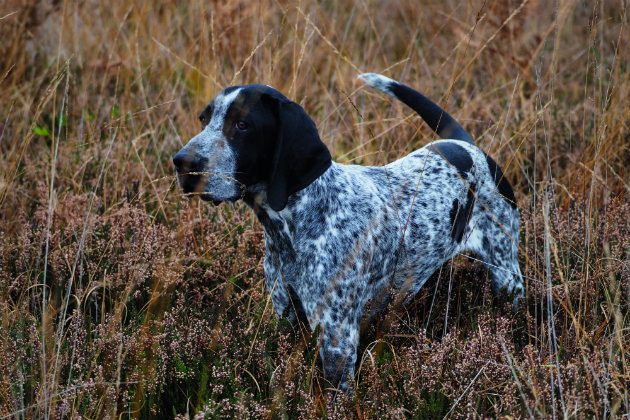 A braque d’Auvergne; one type of braque Fracais

“However, they are difficult to get hold of. No one knows what they are and you can’t compete with them so no one sees them. I think of them as a bit like a souped-up Brittany — if there was a wire-haired variety I’d have one like a shot.” 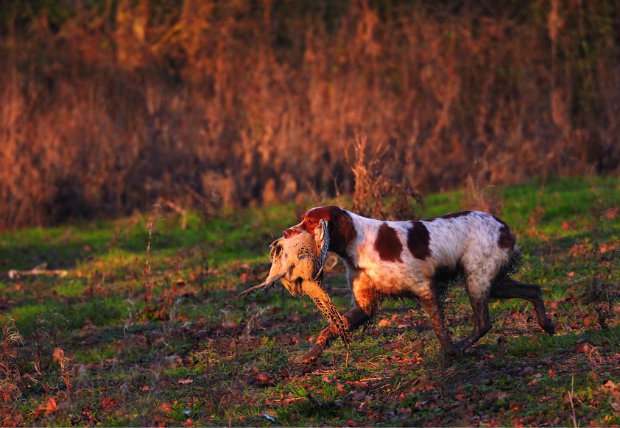 One of the founding fathers of modern electric blues music was a man known as Muddy Waters. A fellow black musician,… 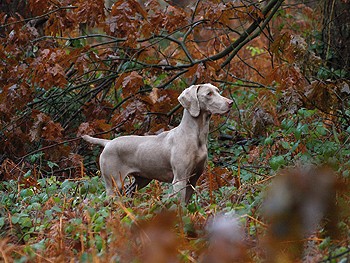 David Tomlinson attends his first HPR trial, an Open held in Norfolk, where the eager dogs and their handlers battle…