What’s on at the 2017 Northern Shooting Show?

The Government’s idea of a Northern Powerhouse attracting investment and new revenue to the area is still viewed as a joke by most Yorkshiremen, but the Northern Shooting Show, at the Yorkshire Event Centre in Harrogate this weekend (6-7 May), is bucking the trend.

Last year, its first, the organisers set out their stall for around 80 trade stands and a couple of thousand visitors at most. Instead, the event drew 180 exhibitors and a gate of 15,000. This time around there will be 264 stand holders with, it is expected, an even bigger attendance.

Demand for stand space has been such that show organiser Richard Stokoe admitted that he closed entries almost two months ahead
of the event. “We want to grow the event gradually,” he said. Those who missed the deadline will be accommodated next year. 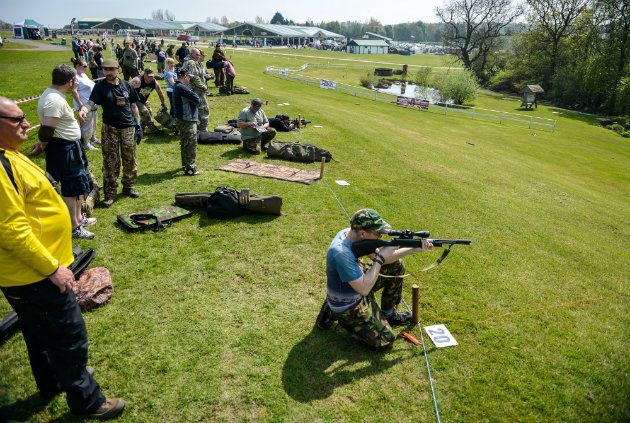 So why has the show proved so popular, so quickly? Richard puts it down to location. “Most of our established game and country fairs are based in the south of the country but a lot of folk here in the north aren’t prepared to drive three hours or more to get to them,” he said.

He’s particularly proud of the work being done with airgun, bushcraft and airsoft interests. “These are great stepping stones into the shotgun and rifle sports. They deserve our full support,” said Richard, who regards the venue as perfect. It’s in a countryside setting but close to big areas of population and well served by main roads and the A1(M).

“We have no plans to move,” said Richard. “This is going to be the show’s permanent home.”

The organisers are making full use of a £12million exhibition hall so visitors will get the best of both worlds — an indoor and outdoor show that can be enjoyed regardless of weather.

Familiar names among the trade stands include Perazzi with Ruag Ammotec, Blaser, Eley Hawk and BSA Guns. But the list doesn’t end there. Exhibitors are coming from all corners of the country including those good old boys from John Bradshaw Guns and Longthorne (Gunmakers) Ltd, both from Northants, Cluny Guns in Fife and Bushwear in Stirling, and Lintran Dog Boxes from Lincolnshire.

There is a regional heat of the BASC Chudleys Gundog Scurry League, as well as gundog training demos,  a 50-bird Northern Championship and the Northallerton Shooting Supplies Grouse Flush — offering as first prize a Browning 725 Sporter.

Shooting Times will be there too — come and see us to have a chat and renew your subscription.