It seems that weddings are as chock full of myth and superstition as they are canapés and crazy relatives. Annunciata Walton lifts the veil.

I heard a horror story this weekend. I was told that brides historically wore veils to stop their prospective husbands from running off – when embarking on an arranged marriage, apparently it’s better to find out your other half looks like the Hunchback of Notre Dame after you’ve exchanged vows. I am pleased to say that this rather barbaric story is not true. Well, it might be partly true…

Read on for explanations of our most bizarre customs.

No, it’s not all about hiding a hook nose and warts until after the permanence of ‘I do’ – at least, not entirely. Ancient Greeks and Romans believed that the veil provided protection against evil spirits, and the habit stuck (pun intended). As habits go, it’s not bad – in Denmark, the bride and groom used to cross dress to confuse said spirits.

Later, the veil came in useful for business-transaction weddings that involved unattractive brides and fuelled the superstition about not seeing the bride before the wedding for fear of bad luck (or bad looks).

Historically, maidens married in their finest frock, whatever it’s colour, although red was ever popular, due to its association with passion. In fact, white was a colour of mourning. Then came Queen Victoria, who, in 1840, stubbornly wed Prince Albert in a dress of ‘rich white satin’, crowned with a wreath of orange blossom, symbolising chastity.

‘Custom has decided, from the earliest ages, that white is the most fitting hue, whatever may be the material,’ proclaimed popular women’s magazine Godey’s Lady Book just a few years later. ‘It is an emblem of the purity and innocence of girlhood, and the unsullied heart she now yields to the chosen one.’

Although we now know that the vena amoris (‘vein of love’) in the fourth finger does not have a more direct connection to the heart than any other, we persist with our romantic tradition. The never-ending circle of a wedding band is, of course, a symbol of eternity, but the popularity of betrothal or engagement rings has been gathering momentum for centuries, spurred on by the odd ostentatious royal gift.

The Romans had iron rings, and gold set with gems – in red for passion or blue to reflect the Heavens – became the norm in medieval times. But a diamond really is forever, even if it is merely a 1940s De Beers advertising slogan. From the Greek adamas, meaning ‘the unconquerable’, they are Nature’s hardest substance and the ancients believed that, as fragments from fallen stars, they offered the wearer protection. And that’s amore. 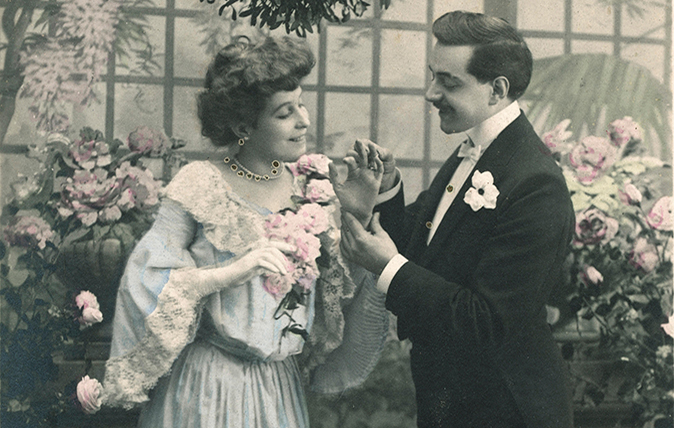 The bride stands on the left so that her suitor has his right arm – his sword hand – free to fend off rivals and, possibly, the bride’s parents. The best man, of course, is his second.

Something old, Something new…

Something borrowed, Something blue, And a sixpence in your shoe. This Victorian ditty stems from a custom of ancient Israel, where brides wore a blue ribbon for constancy. The something old is for tradition, new for the future, borrowed from someone happily married, blue to symbolise fidelity and a sixpence for future fortune.

The Italians used to toss sugared almonds at parades and celebrations – this must have been painful. Some preferred chalk pellets or mud balls – even worse. We in England threw grains of rice for years, a pagan symbol of fertility, but the Victorians introduced shredded paper. Dried petals are a much more recent, and fragrant, innovation. Czechs throw peas.

When attending a Roman wedding, it was not uncommon to spot 10 maidens dressed identically to the bride – decoys for evil spirits that might try to harm her, or for rejected suitors who might want to throw her over their shoulder. 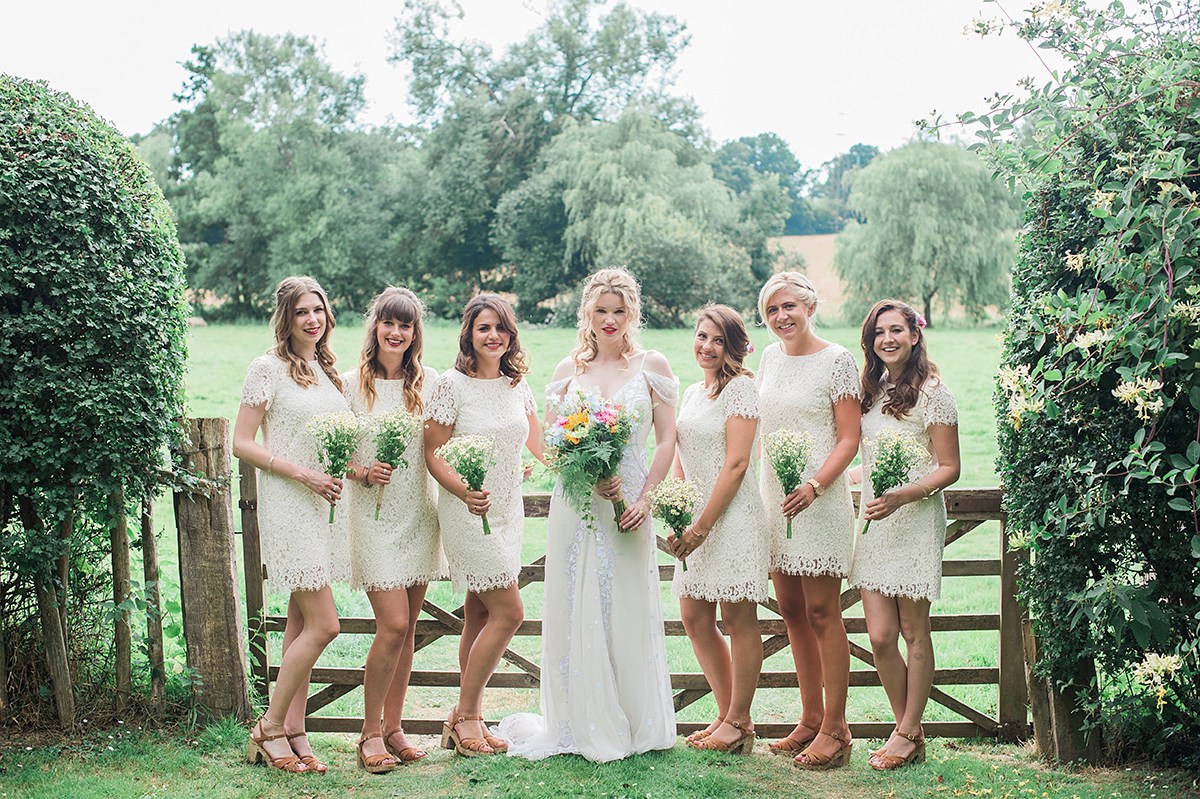 And finally, seven superstitions and ancient customs you should probably ignore