Historical features, magical gardens and magnificently comfortable and liveable – it’s not hard to see where the enthusiasm comes from for this house in Chiddingfold.

It’s fair to say that the agents are getting excited by the Grade II-listed Old Pickhurst at Chiddingfold, not far from Godalming and on the market at £3.85 million. Nigel Mitchell of Knight Frank positively gushed as described it as it is ‘the best of the best’.

A look at the place makes it hard not to get caught up in his enthusiasm, starting with the location in one of south Surrey’s most popular villages. Chiddingfold enjoyed a period of great prosperity in medieval times, when it was a centre of glass-making, supplying glass for St George’s Chapel, Windsor, and other important buildings.

Several houses around the village date from the Tudor period, among them Old Pickhurst, which dates from the 17th century, when it was built of the local sandstone with decorative brick dressings under a plain tile roof. 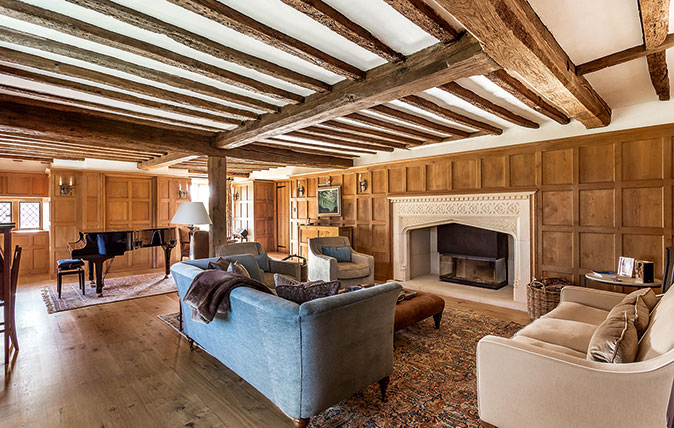 Extended in the early 20th century, the 1930s, and again by the current owners, Old Pickhurst abuts the 130-acre Pickhurst estate, of which it was once a part. 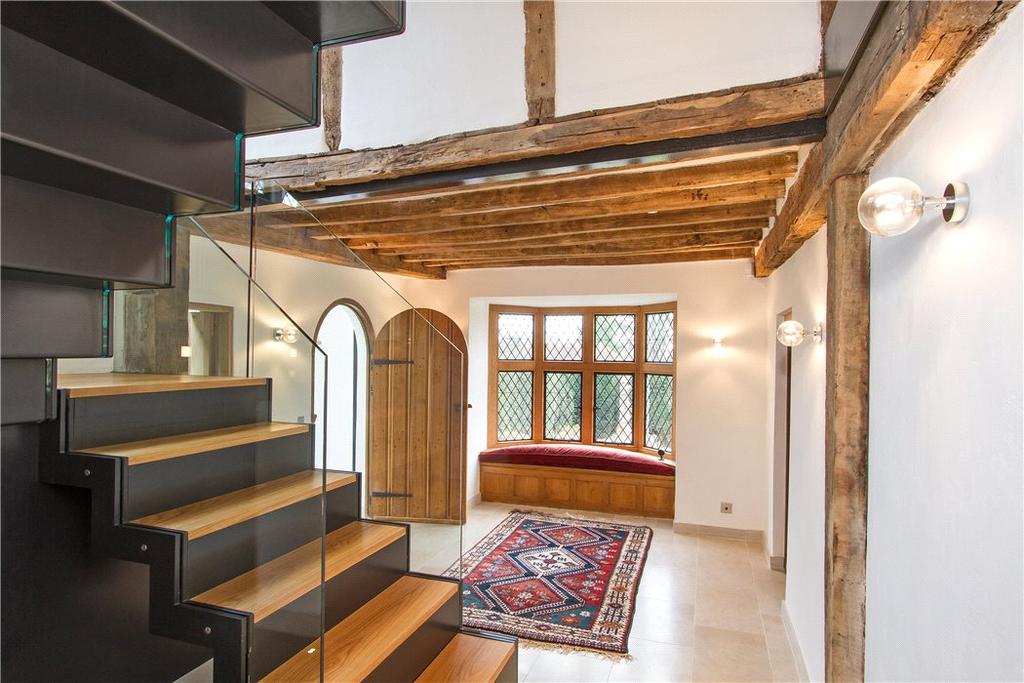 The interior offers the classic comfort of fine panelled Tudor reception rooms, which contrast with the unashamedly minimalist kitchen – designed by Bulthaup – and bathrooms. 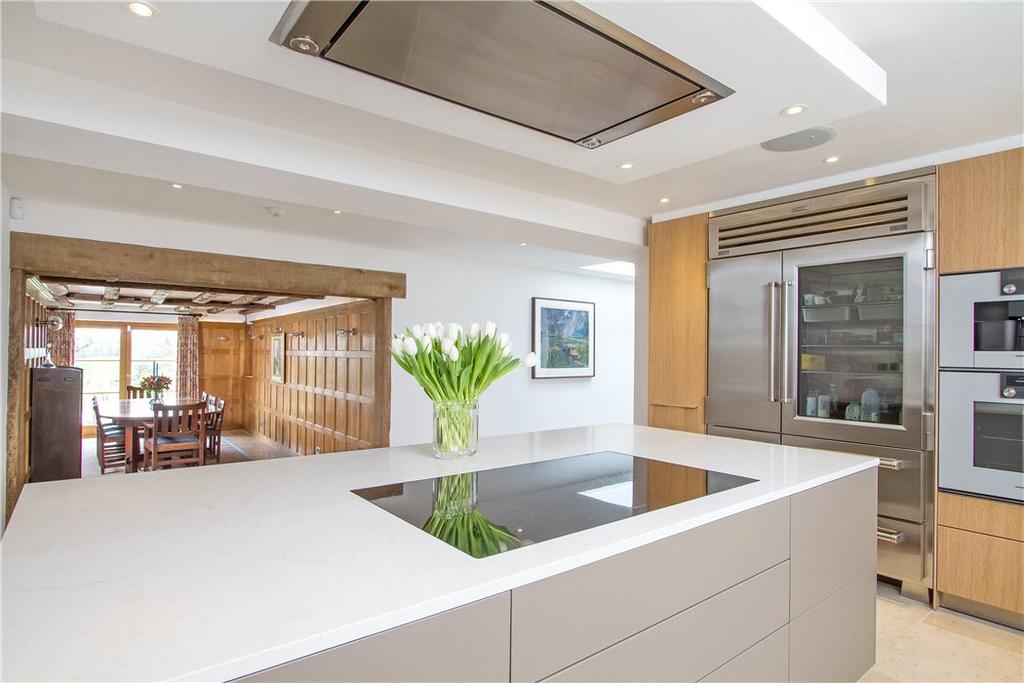 In all, the house boasts 5,623sq ft of living space, including four reception rooms, five bedrooms and five bath/shower rooms. 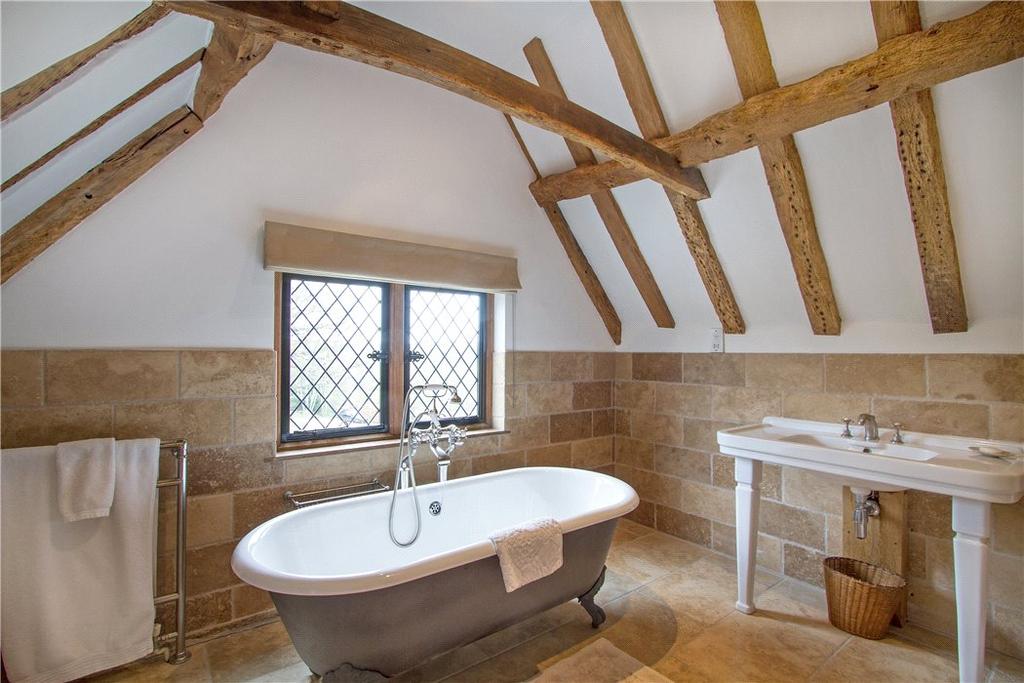 Formal gardens and grounds of just over 5½ acres provide a splendid backdrop and include a swimming pool, a two-room pool house, a gym, a Wendy house, a log cabin, stores, garaging and outbuildings. 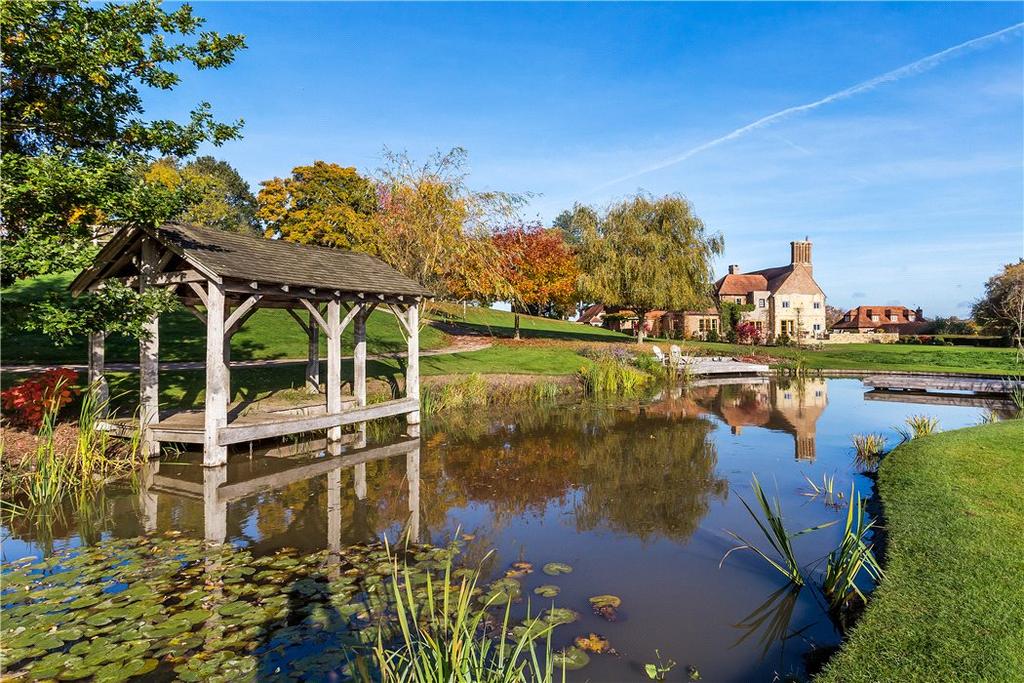 Among those buildings is a timber-framed boathouse, which sits at the end of the majestically sweeping lawns next to a delightful jetty and deck.