The size of the bag is not the point

Simon Hart MP, chairman of the Countryside Alliance on the subject of big bags

As shooters we are often guilty of making sweeping assertions as to what the wider public love or hate about what we do. We base our beliefs on what we or our friends think, rather than a more scientific assessment of what voters think. And it’s that category that impacts on us in Parliament and the media.

Public concern about shooting — such as it is — makes no distinction when it comes to bag size. If “killing for sport” is where all this originates, then any bag more than a mere handful of birds engenders a similar negative reaction. And let’s not forget — as the recent debate on grouse shooting showed — that it is as much about who we are perceived to be as it is what we are perceived to do. Those who lined up against us last October made no separation between a large bag of pigeon or a handful of flighted duck.

As many Shooting Times readers know, there are a few smaller shoots that probably fail to make the grade — small acreages that are over-stocked and shot far too frequently; game that is neither stored properly nor disposed of promptly; and pest control regimes that hardly meet the sort of standards we rightly expect. Contrast this with some bigger places with bags that might exceed the magical (and entirely arbitrary) number that some claim is the difference between unacceptable and acceptable. Beats that might be driven three times a season, over teams of expert Guns, supported by an array of top-quality pickers-up. The game is stored quickly and professionally and distributed into the food chain.

I know which example meets the test of sustainability and high standards in my book, and which meets the criteria of the Code of Good Shooting Practice. So when it comes to the job of defending shooting on the political stage we must avoid the temptation of finding a token way out. It is evidence that matters, especially when it comes to stocking densities.

Arguments that are based on legitimate and real concerns, rather than imaginary ones, are what we need to fight shooting’s corner in Westminster. 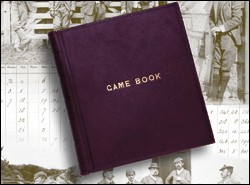 Leafing through a sporting estates’ archives