The very first time I saw a German shorthaired pointer (GSP) working was about 25 years ago. I had been invited to photograph an HPR (hunt, point, retrieve) spring pointing test on the Waddesdon Manor Estate in Buckinghamshire, and the first dog to run was a white and liver-ticked dog called Swifthouse Basil. I was truly impressed by the dog’s speed and pace and how much ground it covered in its hunting pattern. I was used to watching and working spaniels that covered 10 yards either side of me, Basil was covering at least 100 yards and going like the wind. He was working what is known as a back-wind, this is where the wind is blowing away from the handler (i.e. at their back) and an experienced dog learns to hunt out and then work back into the wind and therefore towards the handler. 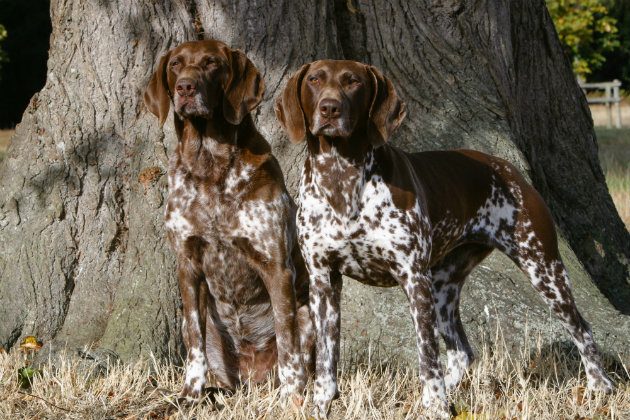 One minute Basil was running full pelt and then the brakes came on and he came to a dead stop, I had never seen a pointer “point” and as I zoomed in with my camera the intensity on the dog’s face was literally spellbinding. The handler walked up behind the dog and gave the “get in” command – an explosive flush followed producing a pair of grey partridges from the fodder turnips. That was my first experience of watching a GSP working in the shooting field, but over the following years I had the pleasure of watching, and eventually shooting over, this majestic breed. 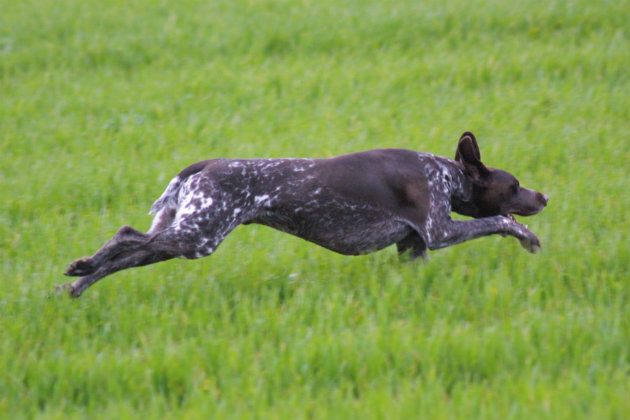 I have had the opportunity to shoot over many different breeds and without doubt some of my most nerve-racking moments have been when shooting over HPRs. One particular situation will live with me until the day I leave this mortal earth. I was shooting on an HPR training day on the edges of a grouse moor and it wasn’t going well at all. We had been walking for more than three hours and everyone was fed up. I was the right-hand Gun when a flashy GSP turned into the ever-increasing wind and went on point.

HPRs move at quite a pace, but once they wind game they will stop dead and go on point, so as a Gun you need to be vigilant at all times. When the dog has locked on and is holding the birds, the Gun and the handler will walk up to the dog and the handler will command the dog to “get in”. In theory the dog flushes the bird and the Gun takes the shot – sounds easy, but on this occasion it all went very wrong. I got to the dog, it moved in and flushed a couple of snipe. As they got whisked away in the now near gale, I raised my gun, flicked off the safety catch, swung through and pulled the trigger.

The GSP in question was a young dog and it had worked its paws off to find the only feathered game anywhere on the moor. It had pointed the birds, held it long enough for the Gun and the reward for all of its hard work was going to be a retrieve – wrong! When I pulled the trigger nothing happened – I hadn’t loaded the gun. Steam started to rise from my head after I developed the biggest blush known to mankind. Although this took place years ago I can still see the look of despair on the handler’s face and the look of disgust from the dog. 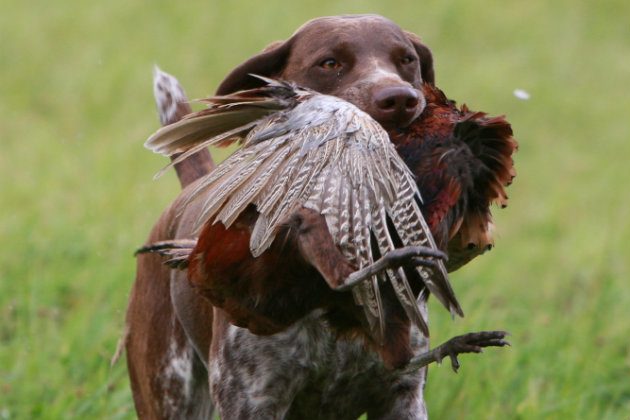 Facts about the German shorthaired pointer

The GSPA was formed in 1972 by a group of breed enthusiasts, who wished to preserve the GSP status as an all-round gundog. The breed was first introduced into the UK by returning servicemen towards the end of World War II. Many of whom had chance to see the breed working in Germany and, being impressed with the capabilities of the GSP, decided to introduce the breed to this country. As numbers and interest in the breed increased, so did the need to formalise its place in the UK. A club for GSPs was formed early in the 1950s by interested owners and the GSPA was formed in 1972. For more information, visit German Shorthaired Pointer Association.