Should we neuter dogs?

Are the benefits of neutering more for us than our dogs? David Tomlinson considers whether convenience is overcoming welfare

Neutering of dogs is something that most of us take for granted. If you’ve got a bitch that you don’t want to breed from then it makes sense to spay her, while castration is also a cure for the randy or aggressive dog, isn’t it?

Until recently I would have said yes, but now I’m not so sure. One thing I am certain about is the fact that neutering is an important source of income for many veterinary practices, which might explain why some actively encourage owners to have their dogs neutered.

My rethink on neutering was prompted by vet Mark Elliott. I first came across Mark some years ago when I decided to switch my dogs on to a raw-food diet: he was one of the first veterinary surgeons in this country to promote the health benefits of feeding bones and raw food. More than a decade on, I remain totally convinced of the advantages  of feeding raw and wouldn’t dream  of going back to anything else. 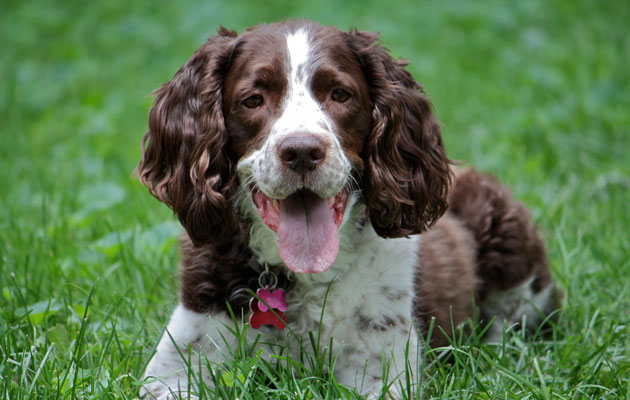 To spay or not to spay? It’s a question that faces most of us who own or work bitches, and…

Mark’s approach to veterinary practice has always been holistic, his specialities homeopathy and acupuncture. Today he runs  a successful practice at Oving in West Sussex which has become a centre of excellence for alternative therapies. Homeopathy divides opinion, and there are many who dismiss it entirely. I think that a homeopathic approach makes sense, while anyone who has met Mark will confirm that he is no fool, and his opinions are well worth listening to. It is also worth mentioning that he works with the Game & Wildlife Conservation Trust on its research projects and is also  a well-known specialist gamebird vet.

It is Mark’s view that far too many dogs are neutered in this country, and that the main reason most are operated on isn’t for the individual animal’s health, but because it is convenient for the owner to have  a dog that is incapable of breeding. He is particularly concerned about the trend for spaying bitches before they have had their first season and castrating males while still puppies.

Neutering dogs has “no clinical benefit”

Here in the UK we have more neutered dogs than any other country in Europe — more than 80 per cent — yet in at least three European countries the practice is banned. According to Mark it can be argued that “it is arguably a mutilation with no clinical benefit to the patient. The main reason neutering is done is for the perceived benefit of the human population.” Really? I was under the impression, perhaps mistakenly, that there were health benefits. Mark says the perceived health benefits are negligible and there are many negative effects that outbalance the gains. 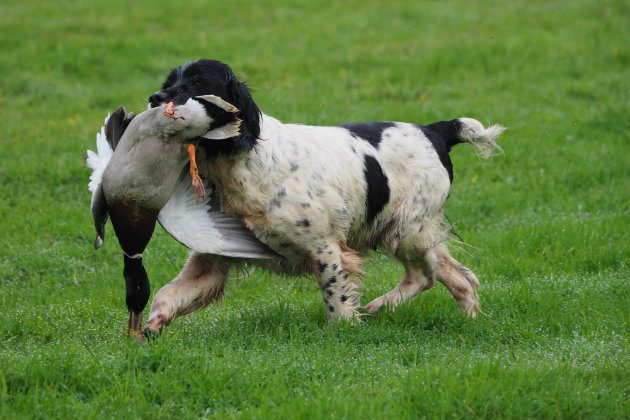 There are, of course, apparent societal advantages, which is why so many of us opt to have our dogs neutered. These include stopping unwanted pregnancies, avoiding the inconvenience of your bitch coming into season, and making male dogs less prone to be aggressive or roam in search of bitches. Breeders use early neutering to prevent purchasers of their puppies exploiting their bloodlines. These may all be sound arguments but when you think about it, they are all for the benefit of us owners rather than the dogs themselves.

Mark has seen puppies as young as seven weeks being sent to their new homes already neutered. Some of these puppies, he says, are proving untrainable and aggressive, and have allergy and growth issues. He adds that this is particularly noticeable in “designer dogs”, such as labradoodles and cockerpoos, rather than gundogs, but in his opinion it is cruel to subject these dogs to a lifetime of problems.  It is impossible to disagree.

An examination of the apparent health benefits of neutering makes fascinating study. Neutering can extend a dog’s life slightly but not significantly, but there is a moderate risk of increased obesity, hip dysplasia and cranial cruciate ligament disease. A spayed bitch is less likely to suffer from mammary tumours, and of course such problems as uterine, ovarian and vaginal tumours are ruled out. Similarly, a castrated dog can’t suffer from testicular tumours. However, neutering leads to a moderate increase in the dog suffering from a number of other serious complaints, ranging from cancers such as lymphoma to cystitis. Many bitches that have been spayed suffer from incontinence.

Neutering, like any serious operation, incurs a risk of death but it is thought to be only about one in 1,000. Not surprisingly, there are no mortality statistics for neutering puppies under eight weeks.

If you want to read Mark’s arguments around neutering in full, then look at the information page on his website . His article contains many fascinating facts and figures and should be essential reading for anyone contemplating having a dog neutered.

His own conclusions are that most of the benefits of neutering dogs are for the dog owner, not the dog. He certainly makes a very strong case for avoiding, even outlawing, the neutering of puppies and dogs under the age of one. Mark tells me that his practice rarely recommends neutering, “but we discuss it and leave it to owners making an informed choice”. How many of us, when opting to have  a dog neutered, have been properly informed of the pros and cons?