My favourite painting: The Bishop of Gloucester

‘The simplicity and mystery resonates with my faith’

The Bishop of Gloucester says:
The simplicity and mystery resonates with my faith. The intense colour conveys deep sadness and the armless Christ speaks to me of powerlessness in an unjust world, yet, the lonely figure is not abandoned as a dog and two birds keep watch. Here, in frail humanity, hangs their God and creator. Death is near, but will not be the end. And the boldness of shape and colour reflects my confidence in God’s love, stronger than death. The dawn will break, the sun will rise and so, too, will the Son of God. Justice and life will have the final word. Gloriously simple and wonderfully mysterious.

The Right Revd Rachel Treweek is the Bishop of Gloucester

John McEwen comments on Crucifixion:
All the best pictures are sad and all the best music is sad,’ said Craigie Aitchison and the saddest subject was Christ’s Crucifixion. ‘They were all ganging up against one person. As long as the world exists, one should attempt to record that. It was so unfair.’ Thus spoke a son of Scotland’s Lord Advocate, a criminal barrister famed as the nation’s foremost champion of the underdog, and of a mother who drove ambulances at the Front and, in the post-First World War depression, ran
a playground for poor children near the Aitchison home in Edinburgh’s New Town. His father took the family to church on Sundays regardless of denomination. Aitchison found Catholicism the most pleasing to the eye, but his first-birthday present established his faith: ‘I’ve always believed ever since I was given a picture All Things Bright and Beautiful.’ The picture hung over his bed all his life.

The Tate’s Crucifixion, as usual with the artist, combines the sacred subject with
a love of Bedlington terriers and the Arran landscape. For an Eastertide issue, one commends his paintings in the Anglican cathedrals of Liverpool and Truro, secured by Edwina Sassoon through the Jerusalem Trust. With additional help from the Lindbury Trust and the Mary Lewis and Family Trust, Miss Sassoon also ensured that his design for a stained-glass Crucifixion was posthumously realised by Neil Phillips for London’s St Mary The Boltons. It was dedicated as a memorial window in 2012. It includes a Bedlington dog ‘which they say has the appearance of a lamb and the heart of a lion’. 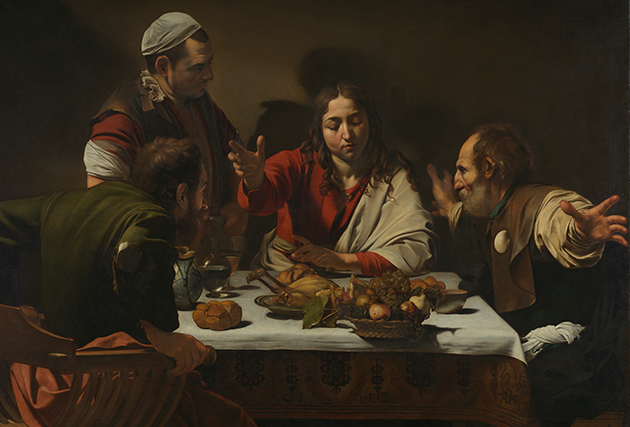 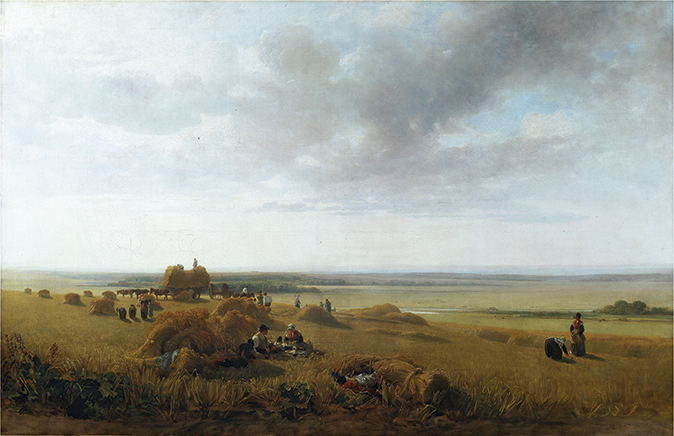 ‘It captures the essence of the simple beauty’