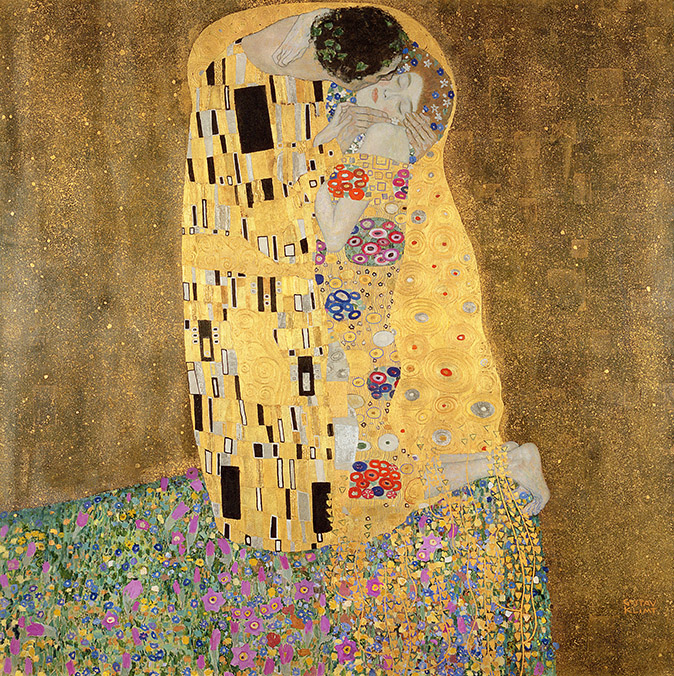 I first saw a print of this painting when I was 15. It mesmerised me: the tenderness and passion in it were haunting, the colours, the technique, the gold, the sheer beauty of his work. Klimt stole my heart. It remained my favourite painting for many years. In 1999, I wrote a book titled The Kiss and, when we chose the cover, of course, we used my favourite painting. I feel a personal tie with the painting because of it. The work still holds magic for me and always will.

Danielle Steel is the world’s biggest-selling living fiction writer. Her new novel, Against All Odds, was published last week by Macmillan

John McEwen comments on The Kiss:

Tess Jaray RA writes of Klimt in her book of essays on painting: ‘How hard it is now, looking at Klimt, to grasp the revolutionary nature of his work at the turn of the 20th century.’

Klimt’s desired fusion was of fine and applied art, the best of the past with an unconventional and modern vision. Ruskin and William Morris in England were
precursors; Gustav Mahler, his fellow Viennese, his musical equivalent. Born into penury, at 26, he received the highest order of merit from the last Austro-Hungarian Emperor, Franz Joseph I, earned through public decorative commissions in booming Vienna, by then the sixth largest city in the world.

In 1904, censorship of a public commission made him ‘reject every form of state aid’. Liberated from commissions, and by foreign contact, his art became bolder and more ornate. His father was a goldsmith; now, he entered his own ‘golden period’, its apogee The Kiss — ironically an immediate state purchase, today possibly the world’s most reproduced work of art.

Klimt, who customarily wore a floor-length smock, here transformed into a rich robe, is shown with Emilie Flöge, his sister-in-law and confidante, in a contrastingly clinging floral dress. They are placed in an Elysian field.