Leather Gun Slip Makers: You might be surprised to hear it, but our experienced reviewer, Mike George, ranks a Baikal shotgun as one of his top ten guns of the last half century. Here’s why.

Why such a good rating?

It’s because Baikal guns make the big double – they are both inexpensive and reliable. They’ve allowed thousands of people in the UK on small budgets to enter shooting sports and worldwide must be responsible for millions.

The guns are made by the people for the people in the Russian city of Izhevsk, in the Western Urals. That is a couple of hours flight from Moscow.

Izhevsk has a legacy of iron working going back to 1760.

It survived the revolution of 1917. During the Second World War it was a comfortable distance away from the Luftwaffe and Hitler’s armies and so was of particular importance for arms manufacture.

This importance made it a designated closed city during the Cold War years, which meant it was forbidden to foreigners.

As the Soviet Union fell this all changed. However the arms factory – Izhevsky Mekhanicheski Zavod –turns out an enormous variety of Baikals to this day. Rifles, pistols and air weapons as well as shotguns. 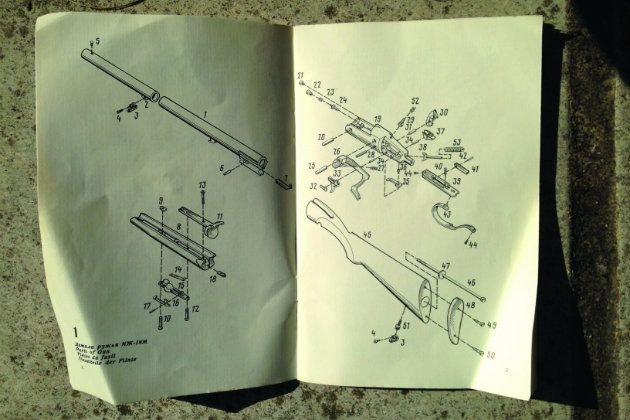 The Baikal is a true workhorse that comes whit full instructions and a spare firing pin. Bargain!

I first noticed Baikal guns in the 1980s when they were considered a bit of a joke. Theories abounded that they were created from melted-down battle tanks with the stocks fashioned from reject sleepers from the Trans-Siberian Railway…

You wouldn’t have bought the gun for the elegance of the metal and wood finish, that’s for sure.  However the guns were tough and performed their task with a generally good degree of reliability. 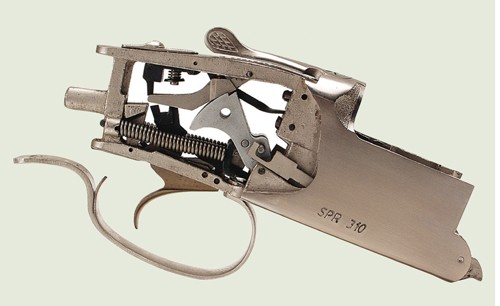 Russia’s transition from communism to democracy marked a falling off in quality control but standards soon resumed normal service. Baikal over-and-unders also have the advantage of allowing the user to turn the ejectors on and off – an advantage over most other guns on the market in the UK.

There’s what looks like a tiny screw head in the face of each of the knuckles, and if you turn each one through 90 degrees, the gun is transformed into a non-ejector.

A further feature of most single-trigger Baikal shotguns is a very well-hidden barrel selector, which is not in the usual place on the safety thumbpiece.

Leather Gun Slip Makers: Here’s a feature that many Baikal owners haven’t noticed. The guns are set to fire bottom barrel first, but if you push the trigger forwards until you feel a click, then, for the loaded pair of shots, the top barrel goes first.

As for the metal and wood finish – it’s been dramatically improved since the 1980s.  Most barrels are internally chromed, multichokes are available, and the wood is much smarter. On the other hand, the stocks are still a bit on the short side for some people.

But if you want value for money then you’ll find the Baikal shotgun very appealing. 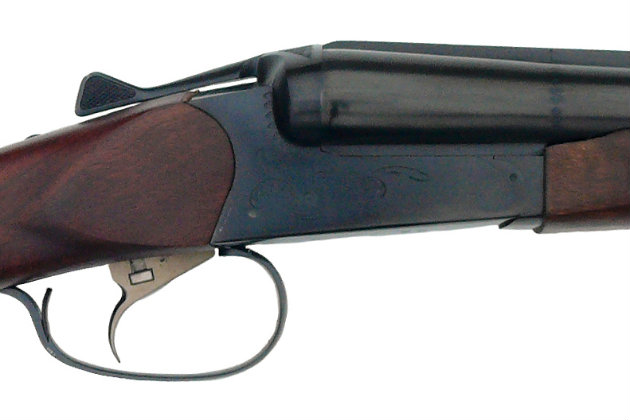 All break-action guns are simple boxlocks powered by coil springs. On the over-and-unders hammers are hinged at the bottom, with sears hanging from the top strap.

Over-and-unders have single, selective triggers and turn-off ejectors. Stocks are generally about 14in, with drops at comb and heel of 1¾in and 2¾in at comb and heel respectively on newer guns.

Multichokes are now available. On new and second-hand Baikals there’s a good selection of barrel lengths.

So what’s the cost?

You’ll notice some big price differences. But expect to pay around £300 for a second-hand 12-bore Baikal over-and-under in decent condition.

Want to find out more?

Get in touch with York Guns. You can read our reviews on Baikal shotguns here.