Scholarly, original, witty and beautiful to look at; clear-headed about the whole phenomenon of the British rich colonising the Highlands and amazingly knowledgable; subtle and complex in its tracing of the various roots and variations of this love affair with a beautifully upholstered version of the wild; alert to absurdity; in love with the romance of it; perfectly designed by Robert Dalrymple and richly furnished with luscious and flattering photographs of the houses and their landscapes by Simon Jauncey and the late Paul Barker: what more could one ask from a book?

There is only one answer: nothing. All you need do, having absorbed the riches of Mary Miers’s pages, is go on the kind of assiduous tour she has clearly been embarked on for decades, visiting the astonishing buildings – or at least those that remain – whose flowering she has chronicled.

It’s easy enough to laugh at the great lumpen houses scattered across the Highlands, pretentious beyond belief, freezing, leaking, grey-souled, as pompous as a clutch of beadles at a banquet, imposing their plutocratic vulgarities on the serene landscapes around them, but this book turns all of that – or much of it anyway – on its head. 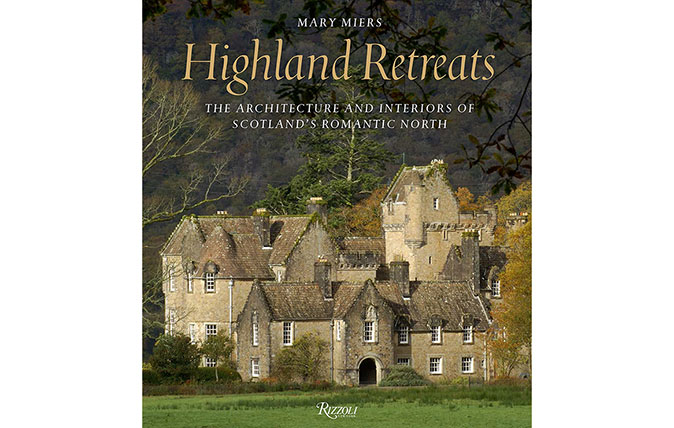 It all begins much earlier than you might expect, in the late 18th century, with a light and delicate version of the Picturesque, allied to a vision of freedom in the wild. This was the era of the ‘shooting cottage’, filled with pale fabrics and delicate furnishings, following the entrancing example of the Duchess of Gordon, who, from the 1770s onwards, allowed her children to run Rousseau-style barefoot around her lovely Speyside acres, while she danced of an evening with any man who would have her, at least if they promised to join up to fight the French. Only when they had agreed, would she pass them the golden guinea she held between her lips. It was all for her ‘a dramatick emancipation from the arms of society’. 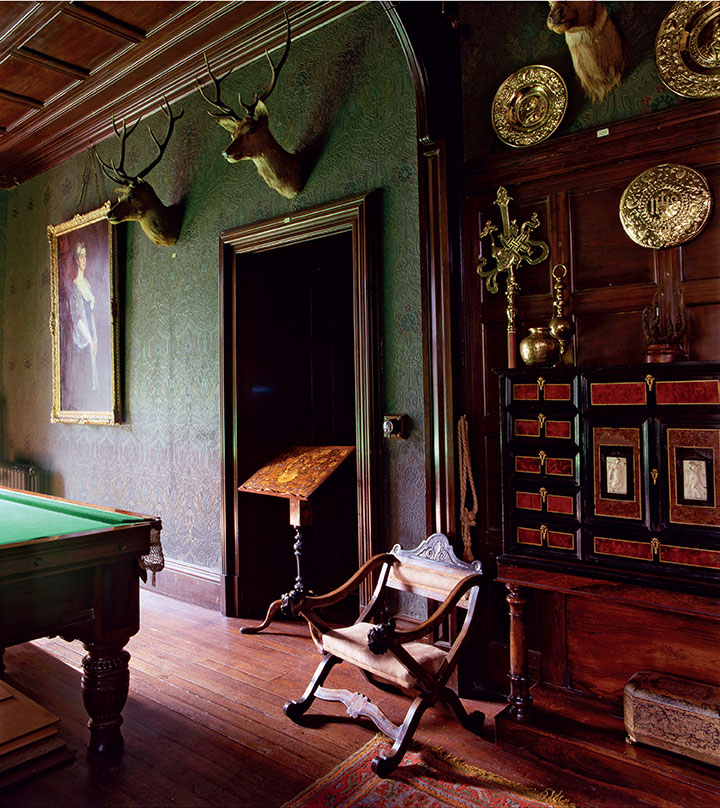 These holidaymakers brought not only their staff, but their hounds, their furniture, their portable fishing boats and their own food (including in one case a box of ‘pigs’ countenances’) with them. One English mine-owning family never came on its annual holiday to Scotland without a supply of coal transported by rail from its own collieries.

Shoals and herds of wild animals were sacrificed in service of this ideal, but the relationship between inside and outside was always a little agonised. At Victoria and Albert’s Balmoral – not the origin of the Highland love affair, but certainly giving it some oomph – thistles in the decor were ‘in such abundance that they would rejoice the heart of a donkey’ and the more tender visitors were likely to end up with frostbitten feet because the Queen insisted on keeping all the windows open during dinner.

Later sybarites were more sensible, installing fabulous Titanic-scale plumbing and heating systems behind the neo-Jacobean encrustations and Tudorbethan ceilings of their baronial haciendas. Baths were fitted with controls for douche, wave and spray, plunge sitz and jet. Hydroelectric turbine houses were equipped with marble-faced instrument panels. On some estates, the kennels wired up to the electricity before the estate cottages.

On the Isle of Rum, Sir George Bullough imported 250,000 tons of topsoil for the garden, kept hummingbirds in the camellia house and alligators and turtles in heated pools. The marble swimming pool at Skibo for the Carnegies could be converted to a ballroom by flooring over the heated seawater and installing a band in the gallery.

This is certainly one of the most brilliant social histories I have ever read. Behind it all, not unacknowledged, but not in the foreground, is the silent story of the Clearances ‘outside the scope of this book’.

Perhaps the author will bring her wonderfully clear eye and amazing energy to that other story next. It could, oddly enough, bear the same title.