Clear-up time for foxes and rabbits

One of the consequences of shooting foxes is that if there’s any increase in, say, the rabbit population, you’ll get the blame from the farmer whether it’s justified or not. As a result, one of the things that goes hand in hand with vulpine control is keeping a lid on the numbers of other pests in the vicinity. If my shooting partner, Paul, and I see a perceptible increase in bunny numbers we do our best to get onto it straight away. Our preferred method is to swap the NV add-on units from our fox rifles to our HMRs. To this end, I’ve made up a series of adaptors so that all my rifles can be made NV-compliant within moments.

Recently, for example, I received a request from a local landowner to reduce the fluffytails that had been wreaking havoc with his wife’s flowerbeds. On this occasion it didn’t make sense for both of us to use rimfires as there was the distinct possibility that we’d see a fox while we were there. Since the ground is rented by a sheep farmer, who is rather sensitive to having predators near his precious lambs, we couldn’t risk being under-gunned. Paul loves rabbiting, so I agreed to take the .204 in order that he could wield his .17 HMR Browning T-Bolt. This is topped off with an Optisan EVX 5-12x50i scope, which is paired up with an NM800 Nightmaster infra red illuminator. The latter is mounted on the top of the scope – it’s a combination that he likes so much that he’s got an identical set-up on his ratting air rifle. 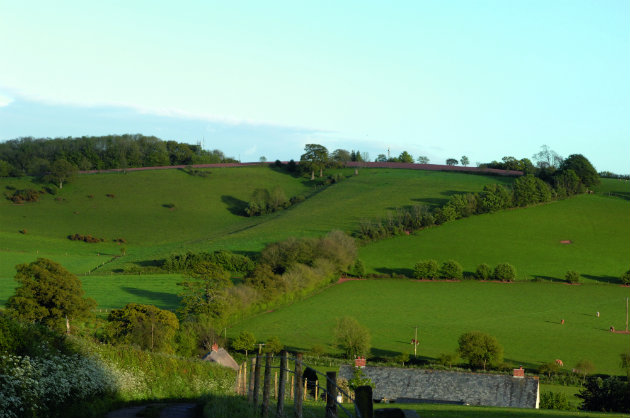 The area is some 20 minutes from us, so it didn’t take long to get there. Once on site, I dropped Paul off and then nipped over to Crediton to top the truck up with fuel. That way he could focus on the job in hand without any distractions from me. To give him a bit more time, I then looped around to the other end of the property, where we don’t normally go, to see if I could find any foxes. My hope was that I’d be able to bring one in across a small valley. So with the caller about 50 paces out and my rifle up on the sticks, I pressed the start button. At this, there was the piercing sound of a bunny distress – it was immediately obvious that I’d got the volume up too high, so I quickly muted it.

As there had only been two brief shrieks from it, I hoped it hadn’t spooked anything, but when I put the thermal imager to my eyes there was a white shape in the field in front of me. Normally, this would have been the heat signature from my caller, but as it was getting rapidly bigger, I realised that I was looking at a fox racing in. I didn’t have time to ponder where it had come from or how it’d reacted so quickly – I had at most two seconds to get the crosshairs on it. Unfortunately, it didn’t stop out in the field – instead, it just kept coming. Since that would put it downwind of me, I knew I had to act fast. As predicted, the moment it got on my wind axis, it skidded to a halt to work out where the threat was – fortunately, this gave me the split-second I needed, and a bullet knocked it off its feet. 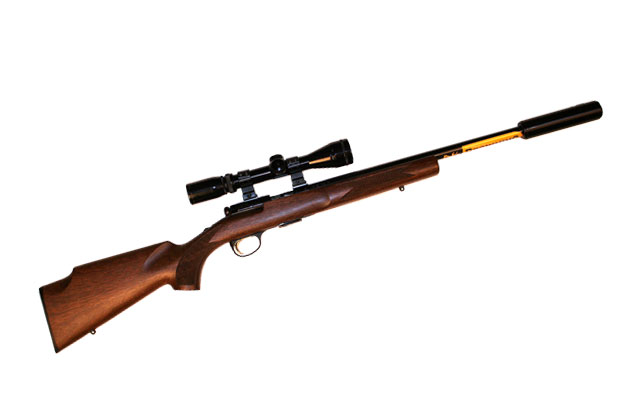 The Browning T-Bolt Target/Varmint .17HMR is not only a good-looking rifle, its handling and style are effortless 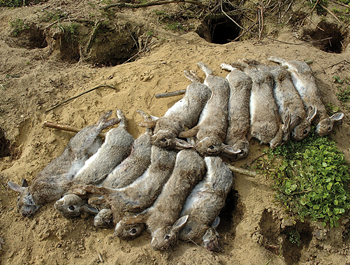 Rabbit shooting: I have been shooting air rifles and shotguns since I was 10 and now have my first firearms…

A fox ran out

Pleased that I’d done what was necessary, I turned the volume down and tried again. Imagine my surprise, when a fox ran out from behind me, crossed downwind and ran towards the caller – luckily, it paused when I muted the sound, so it also went down to the .204. Somewhat bemused at it’s unexpected antics of crossing my scent trail, I ran the caller again – it was only a few seconds before a third fox came up from the bottom of the field. This one ran in and took a bullet within a few feet of where the other two were lying. No others appeared, so I collected the carcasses and moved on.

Driving down to the farmyard to meet Paul, I found he’d had a bumper haul. He hasn’t done though, so while he finished off the last field, I climbed up onto the Land Rover’s roof observation platform to see if any more foxes were about. All was peaceful however – apart from the occasional crack from the bunny rifle. By the time he’d got back, Paul had accounted for somewhere around 35 rabbits, which given that he’d taken a similar number there a couple of weeks previously made a huge dent in the problem.

I think the HMR is a great little round, and I’m a firm believer that if more of those who use bigger calibres were to avail themselves of it every now and then, they’d be far better shots. After all, you can easily fire more rounds in one night of bunny-bashing than many do in a year of deerstalking!