There have only been two home victories in the past 10 runnings of the Mitsubishi Motors Badminton Horse Trials, a competition that, despite constant reinvention in the sport, has managed to remain the ultimate quest for the world’s best riders. Kate Green assesses the form.

The 10th Duke of Beaufort famously started Badminton Horse Trials in 1949 to help British riders prepare better for the Olympics, after a disastrous showing at the 1948 Games. The team’s failure to achieve a single clear cross-country round in Rio last year had echoes of that humiliation, leading some commentators to suggest a return to a more ambitious preparation for championships. Here are the riders who should restore home pride at Badminton. 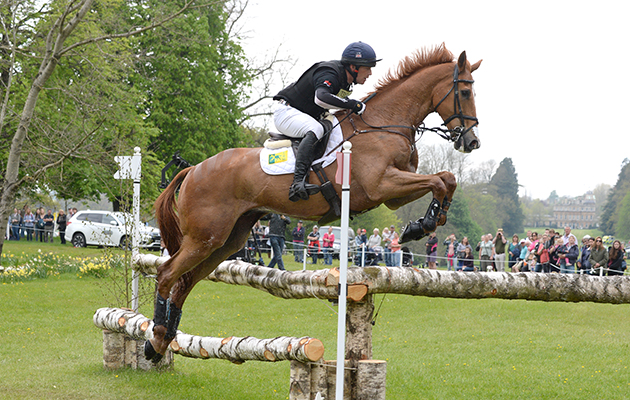 Success came early to Oliver Townend when he won Badminton in 2009, at the age of 26; he’s now the finished horseman. Hugely competitive and often finding the key to enigmatic horses, he’s the Briton most likely to get in the way of German maestro Michael Jung. 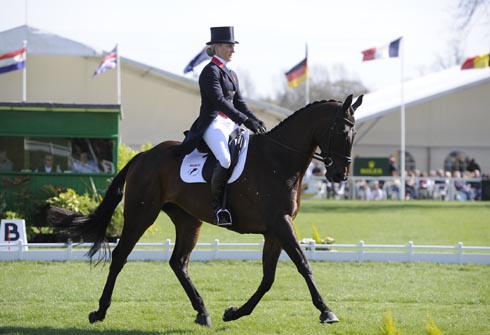 It could be argued that leaving superb horsewoman Kristina Cook out of the Rio team was a mistake (she was reserve). Despite a plethora of medals and a European title, Badminton success has eluded her and many hope she can go better than her seventh place in 2016. 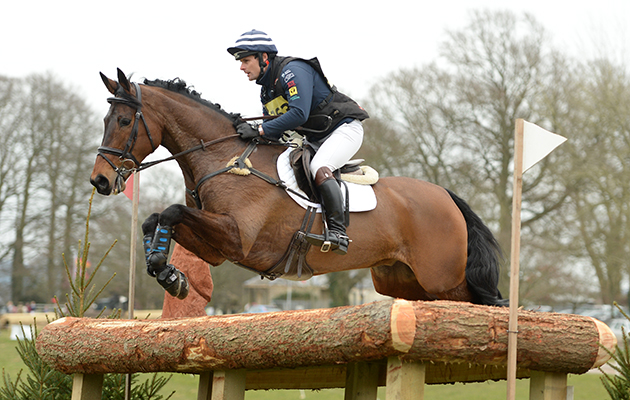 Somerset farrier Alexander Bragg is an interesting entrant—he took to the sport relatively late, riding his girlfriend’s (now wife’s) horses and sprang to prominence last year with fifth place at Pau, France’s premier event, on the enormous (nearly 18hh) Zagreb, having been second after dressage to no less than Jung.

Stylish hunting lady Izzy Taylor, whose great-aunt Anneli Drummond-Hay won in 1962, has had terrible luck, but there’s surely a big win in her. Watch out for her pale-blue colours aboard feisty little mare KBIS Briarlands Matilda, owned by Heythrop hunt secretary Guy Avis.

Best of the rest

Gemma Tattersall (third last year) and Kitty King were members of that ill-fated Rio team, but they both have a great chance to establish their true four-star form and rising stars Ros Canter and Tom McEwen are expected to be prominent in the final line-up. 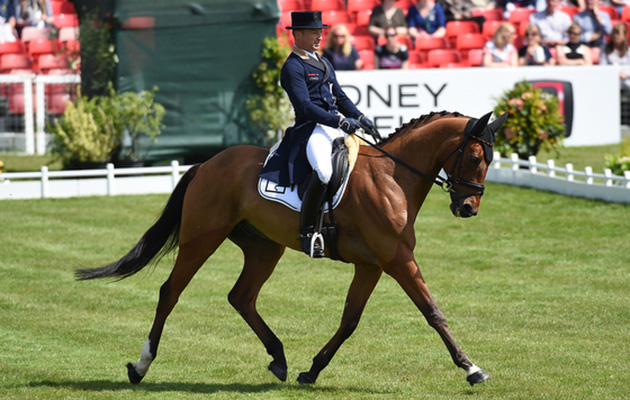 German maestro Michael Jung returns with his 2016 winner and Olympic champion, the much-loved La Biosthetique Sam, now 17. The last back-to-back winners were Pippa Funnell and Supreme Rock in 2002–03 and the seraphically smiling Jung has every chance of doing the same.

BBC Wiltshire was reduced to claiming the handsome Frenchman Astier Nicolas as one of its own after all other representatives of this strong eventing county failed to return from Rio with a medal. Nicolas, a team gold and individual silver medallist, once trained there with New Zealander Andrew Nicholson.

Andrew Nicholson would also be a popular winner after 33 years of trying, more completions than anyone else (35) and heroic recovery from a serious fall in 2015.

Fellow Kiwi riders Tim Price and four-time winner Sir Mark Todd are two more of Wiltshire’s finest—the latter became the oldest winner, aged 55, in 2011 and still has the magic touch—and Gloucestershire-based Blyth Tait, 55, thrice a Badminton runner-up, is back here for the first time in 13 years. 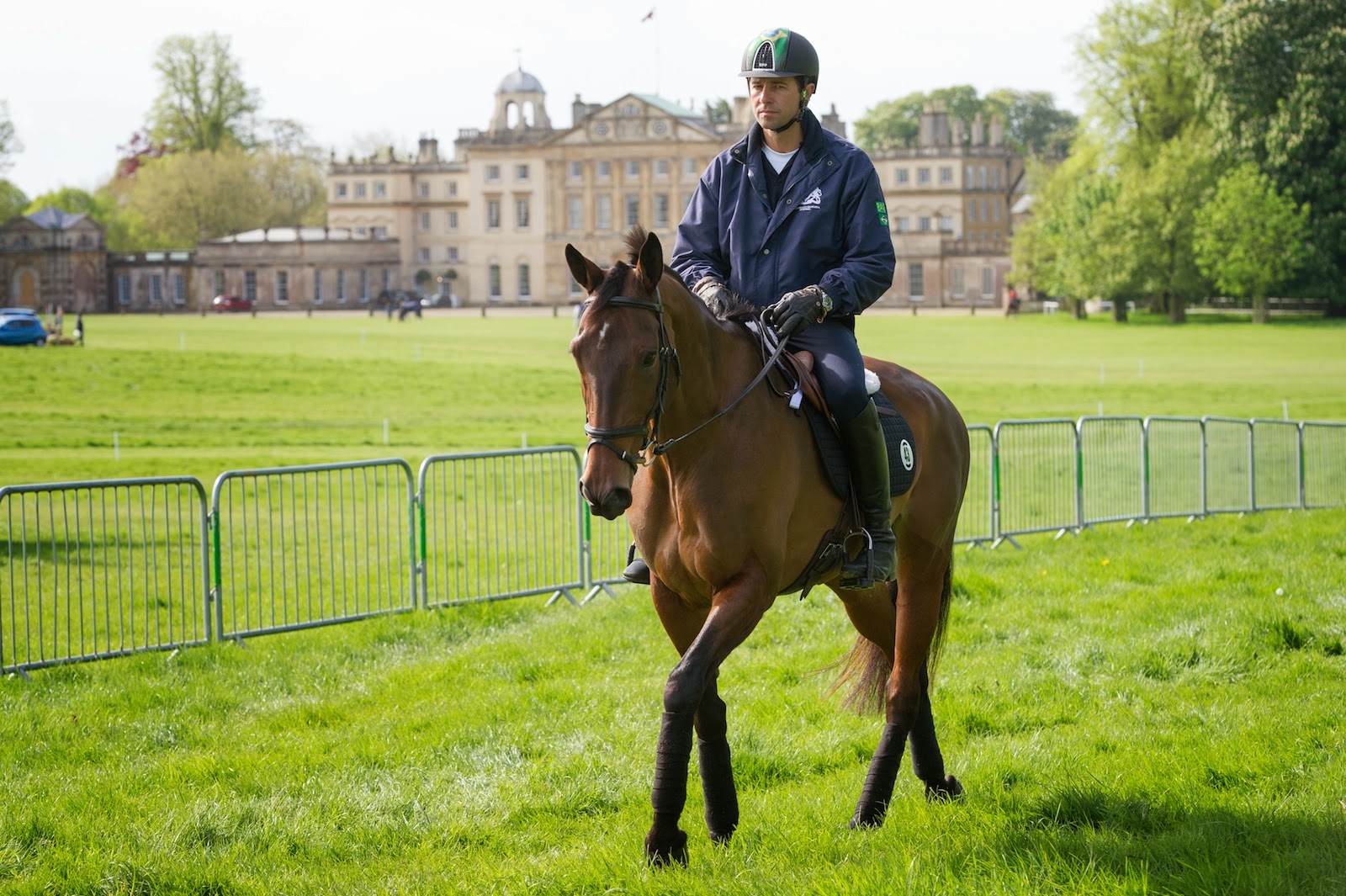 Watch out, too, for Sir Mark’s Brazilian pupil Márcio Carvalho Jorge—one of the few genuine amateurs, in real life, he’s a doctor, anaesthetist and rubber-plantation manager. 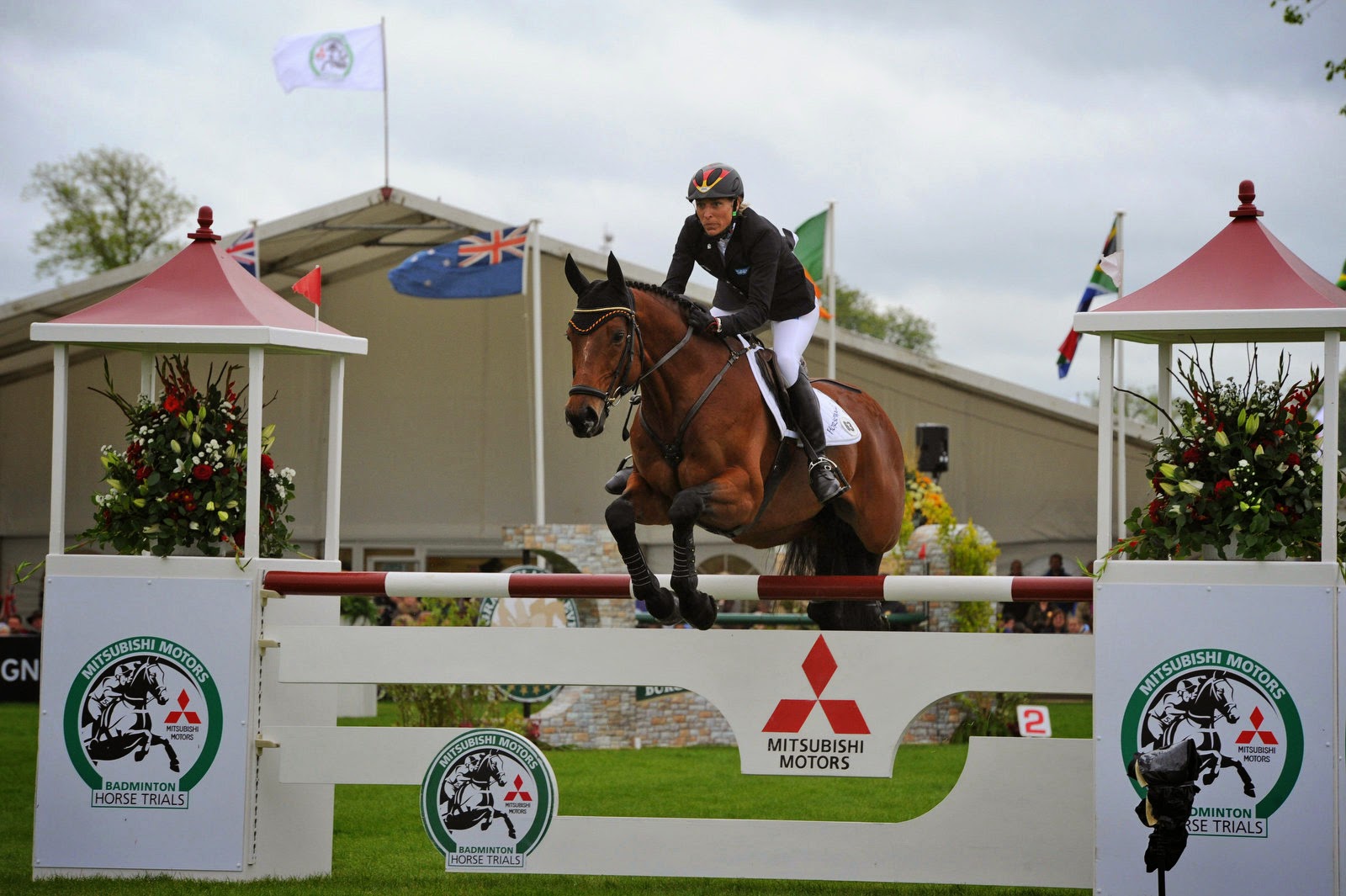 The smiliest rider, multi-medalled German Ingrid Klimke, has spearheaded her country’s successful raid on Badminton over the past decade or so. Germans never used to come here, but their team trainer, Christopher Bartle, architect of their extraordinary run of success, encouraged them to be more competitive. Fascinatingly, he’s now training the British. 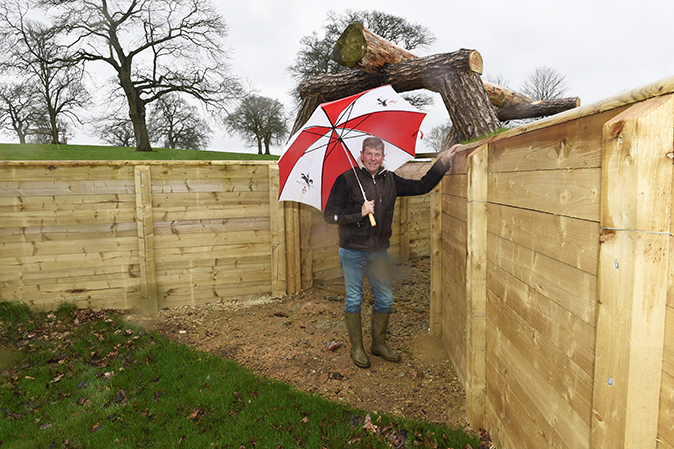 It’s this wide: Eric Winter in the ditch under the Rolex Grand Slam Trakehner (fence 14)

Fierce argument has raged over the decision to lower the difficulty of Olympic and world-championship cross-country courses to three-star level, but Badminton remains the real, four-star deal and the first prize of £100,000, a world first for a single event, reflects that status.

The job of designing the course still holds a revered position in the industry and new incumbent Eric Winter has certainly put his stamp on it, with a mix of old-fashioned ‘throw-your-heart-over’ timber and modern accuracy tests. ‘Eventing is all about the relationship between horse and rider,’ he says, pointing out that nine out of the top 10 riders at Burghley last year had produced their horses from novice level. ‘I want to reward those partnerships and the trust they have in each other.’ A serious leap of faith and into water is required at Badminton’s most iconic obstacle. Massive angled spread over a ditch that should make spectacular pictures and harks back to the ‘rider-frighteners’ of the 1970s and 1980s. Has the best view of the house, although the Duchess’s daffodils will probably be over by Badminton. It involves an exacting route over meaty tree trunks set in and around a pond. An intriguing new complex that will be a test of horsemanship as riders have to ‘hunt’ their way over a bank, through a funnel and left or right over upright rails. Its design, two saddles carved into a log, was chosen in a public vote—4,000 of the 13,000 votes received went to Tots Hanson’s fence. It’s at the finish, where weary walkers can rest in an arena seat, watch the big screen and absorb the atmosphere.

The Mitsubishi Motors Badminton Horse Trials, Gloucestershire, is on May 4–7. Get more information via 01454 218375 or at  www.badminton-horse.co.uk. Admission costs from £17, plus car parking at £12 (cash only).

The Mitsubishi Cup for amateur riders is on Wednesday before the main event starts on Thursday. The dressage takes place on Thursday and Friday, the cross-country is on Saturday and the showjumping finale is on Sunday.  There are also more than 250 tradestands, plus food and craft tents.