Nobody knows precisely why the Reverend Richard Porter decided to dig a moat by hand at this beautiful house some three hundred years ago. But for whatever reason he did – according to local tradition, at any rate – and the fruits of his labour are still there to be enjoyed at the Grade II listed Chailey Moat, on the market for £4m through Savills. 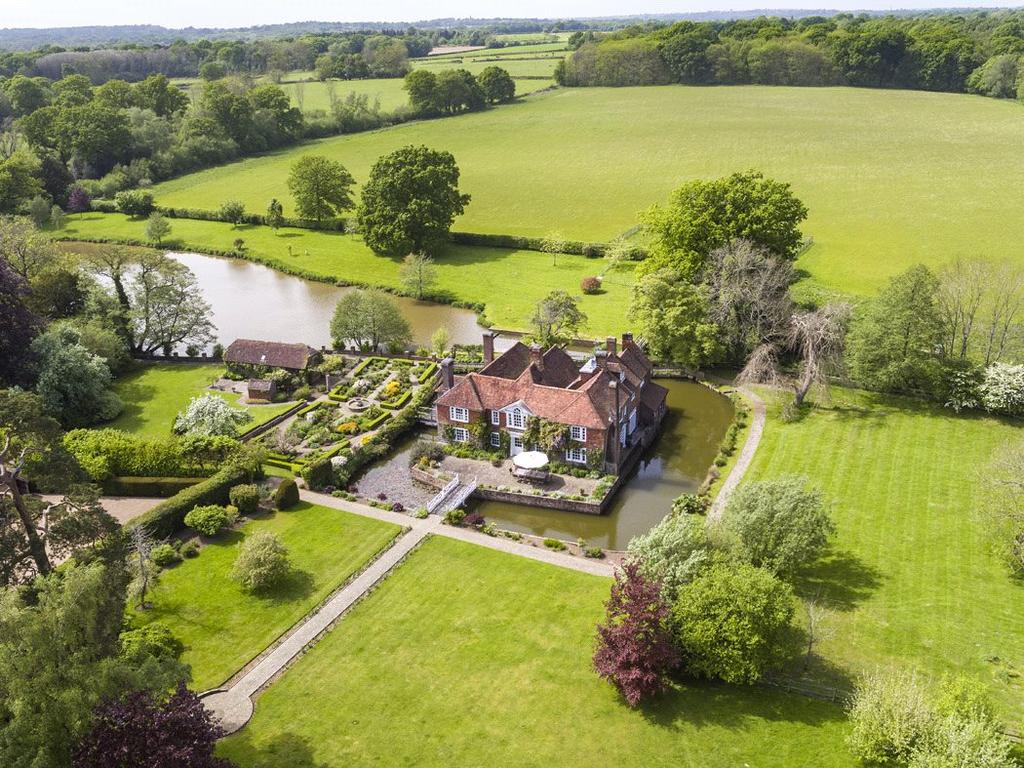 Formerly the rectory to St. Peter’s Church, the house dates back to 1540 and was historically known as the Parsonage. The name Chailey Moat was only adopted in the 1960s, seemingly to avoid confusion with the current, neighbouring rectory.

Reverend Porter didn’t stop at just moat-building, incidentally. He also carried out a number of other significant alterations to the house, arguably the most striking of which is the elegant 18th century south-east façade – described in the property’s Grade II listing as ‘a centre with two projecting wings with hipped roofs.  The centre first-floor window is Venetian with a pediment over which breaks the roof-line.’ 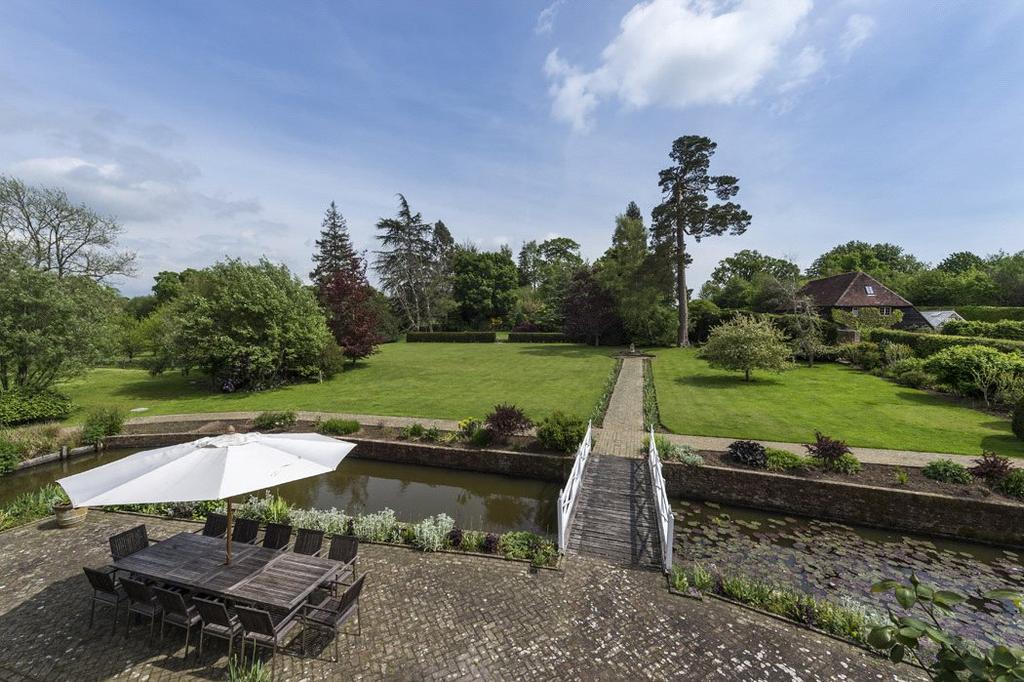 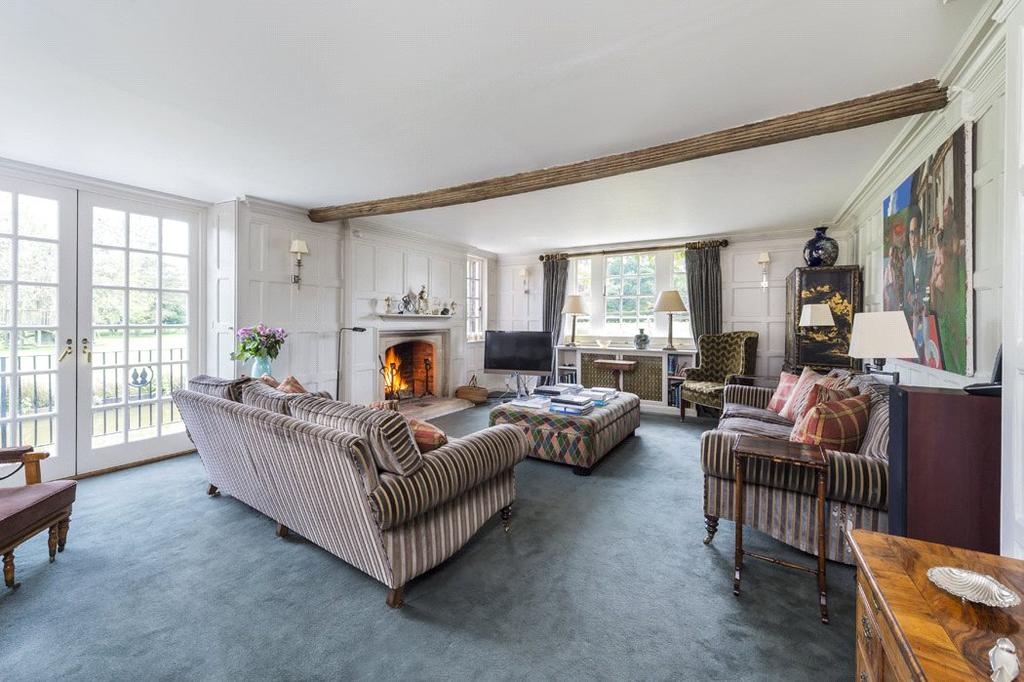 Particularly eye-catching is the oak-pannelled reading room which has a door opening to the south-east terrace. 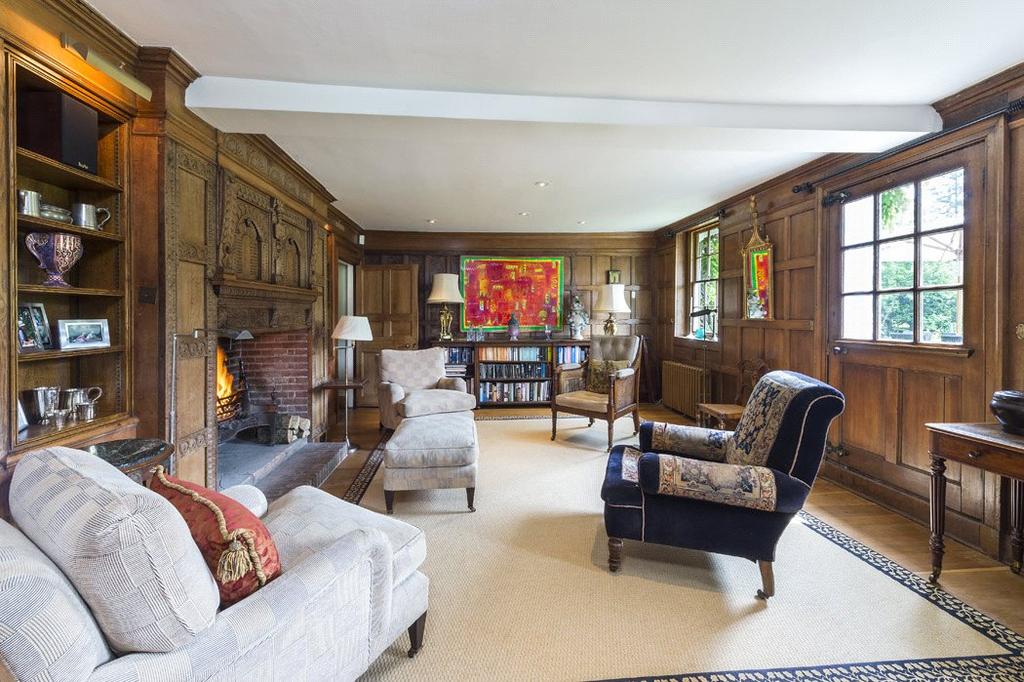 The room also features an impressive brick fireplace with intricately carved surround, the overmantel understood to be part of a Charles I bedstead. 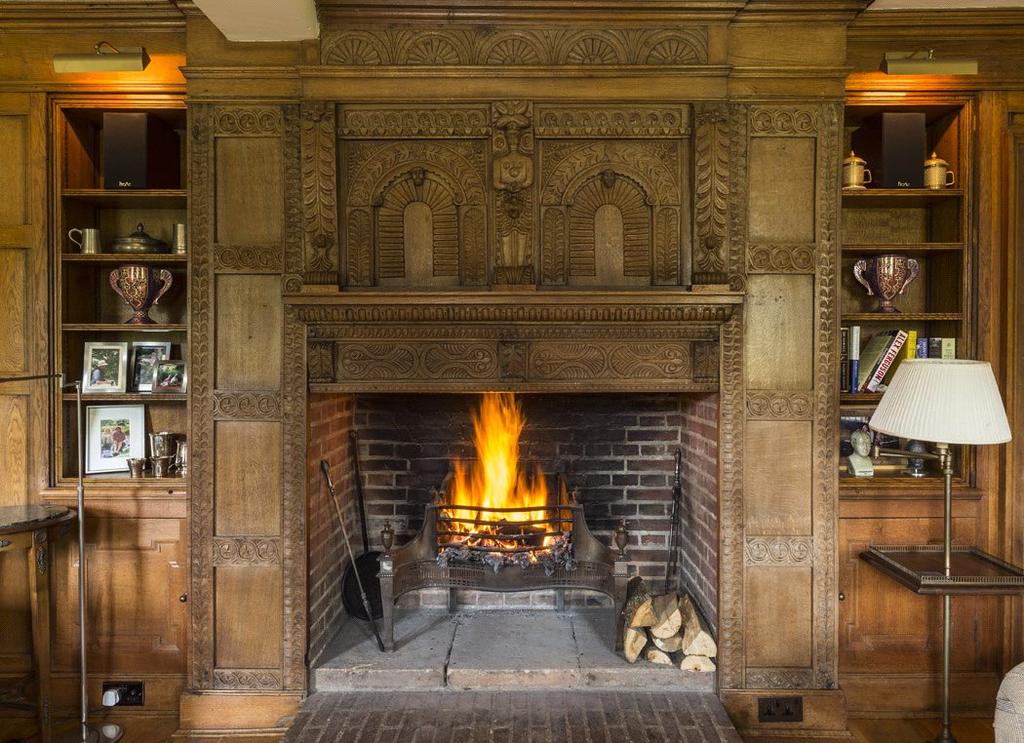 An 18th century oak staircase rises from the entrance hall to the galleried first floor landing. 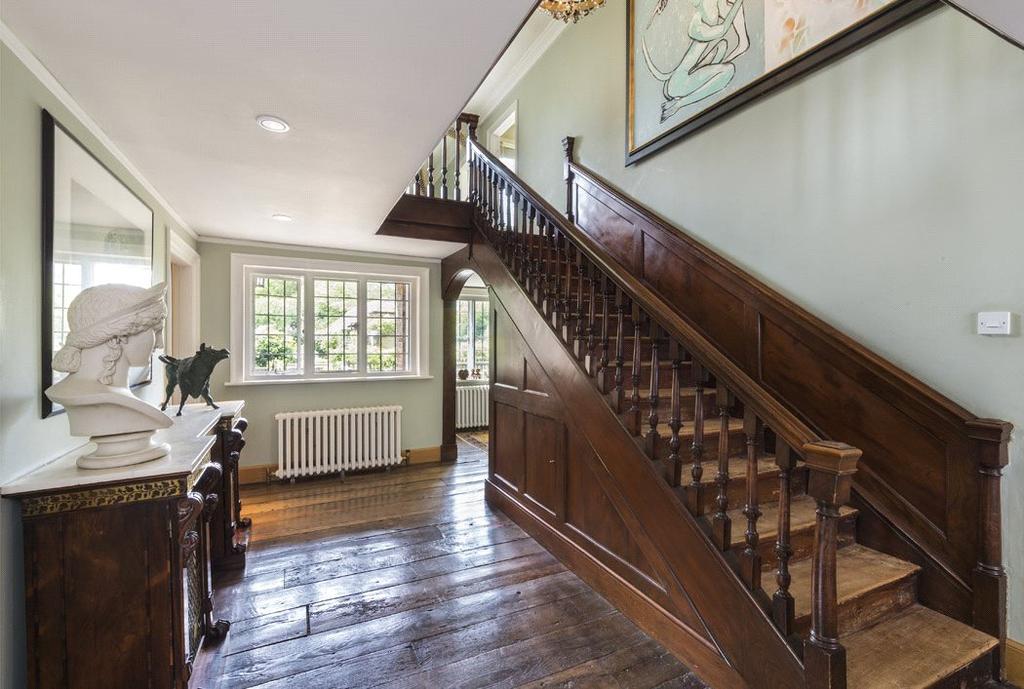 There are six bedrooms on the first floor (one currently fitted as a dressing room), including the master bedroom suite which features an attractive marble feature fireplace and has a beautifully appointed dressing and bathroom with separate WC. There are two further bedrooms on the second floor, each with its own staircase. 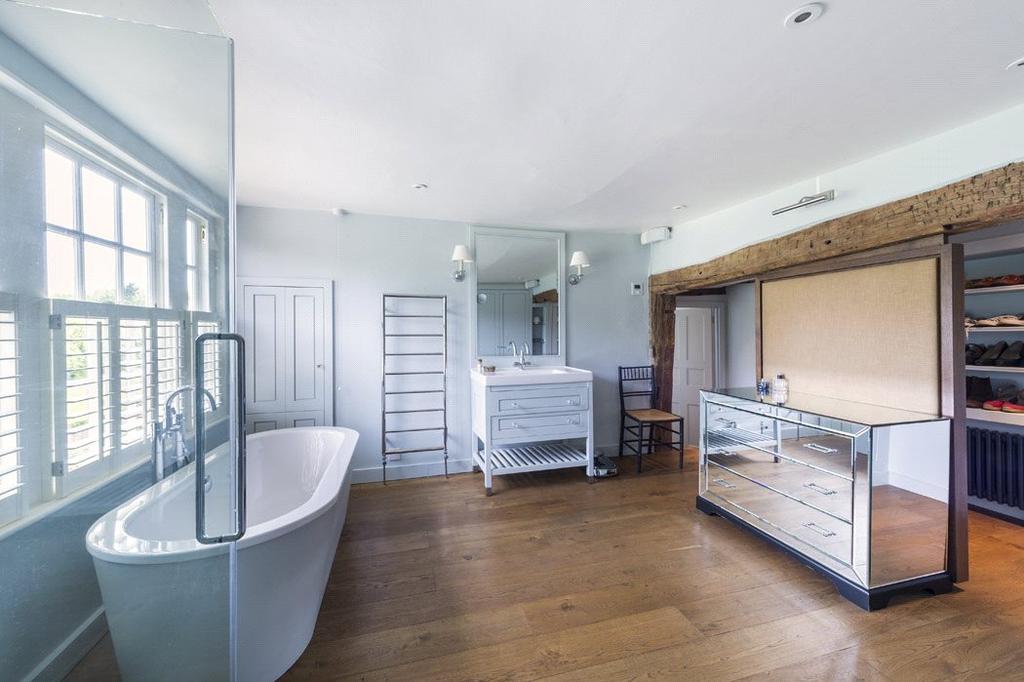 Beyond the house itself Chailey Moat is surrounded by some 44 acres of its own beautiful gardens and grounds which include a fence-enclosed tennis court and a swimming pool. 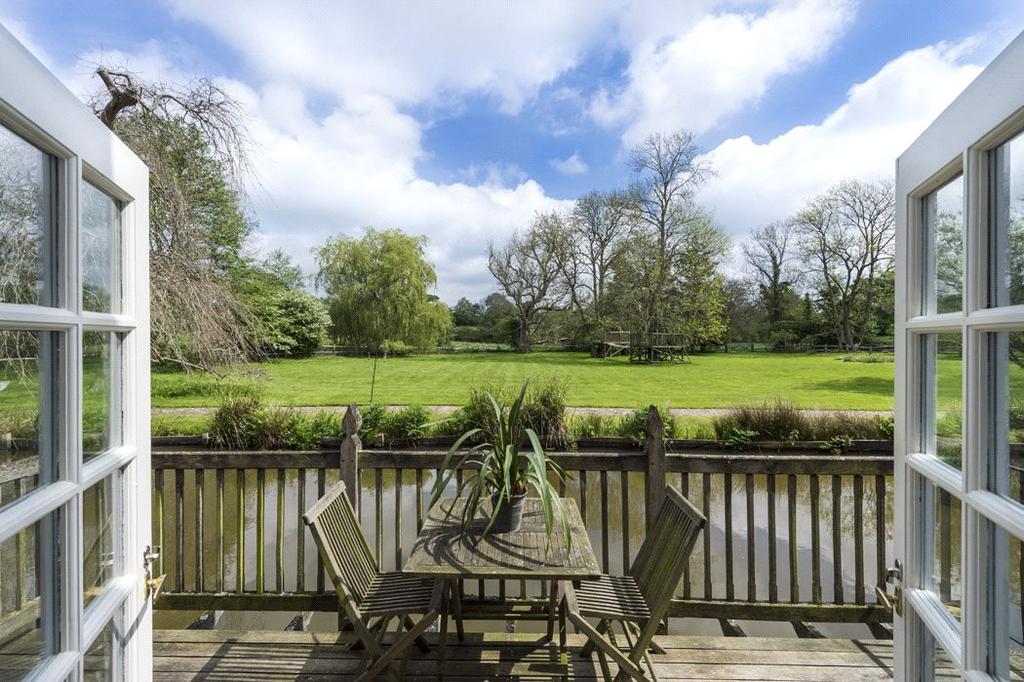 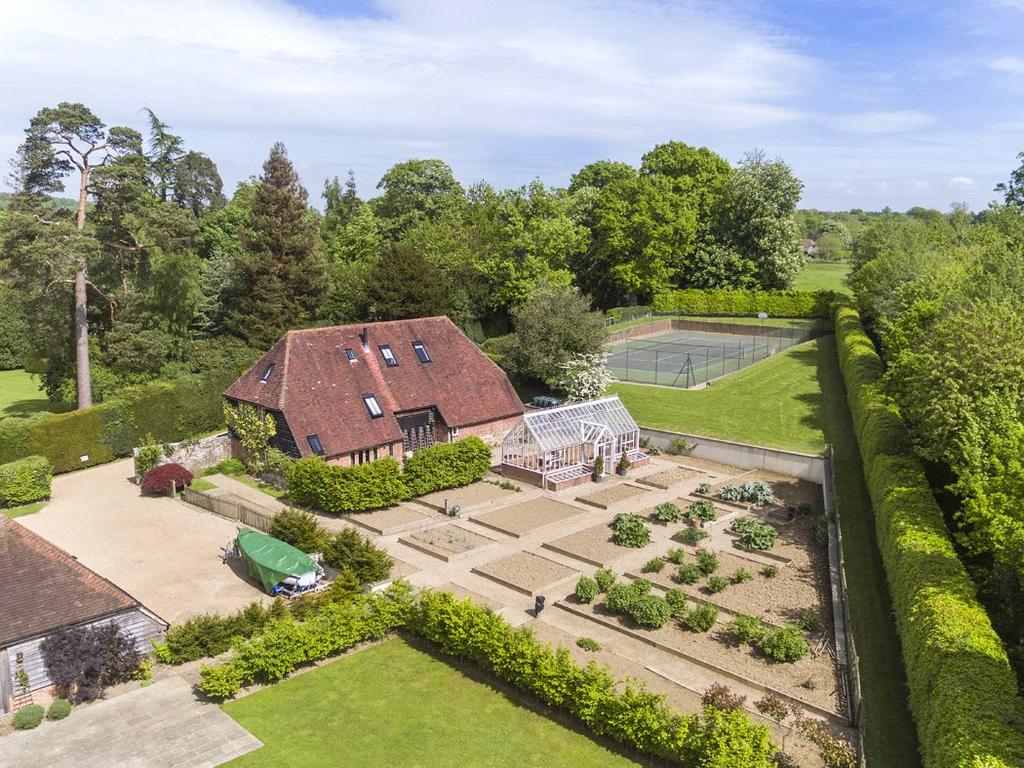 The 17th century tithe barn lies to the south of the house; there is also a two-bedroom cottage – originally the piggery.

“Chailey Moat is the type of property that has everything someone seeking a home in the country longs for,” says Sophie Wysock-Wright of Savills.

Not least of those things is easy access to the City: the house is a few miles north of Lewes and a short drive to Brighton, whileHaywards Heath with its fast train service to London is closer still. 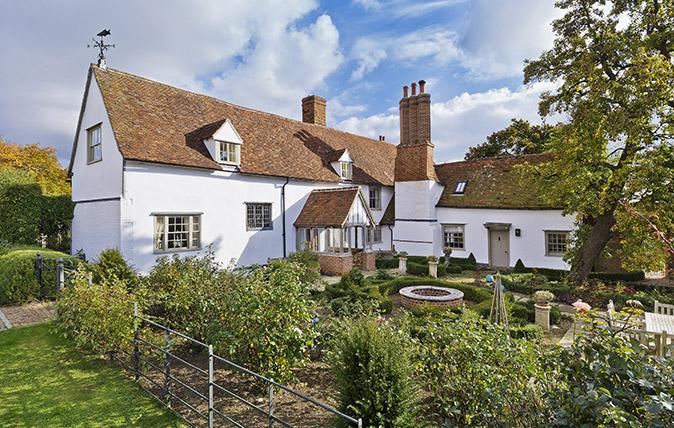 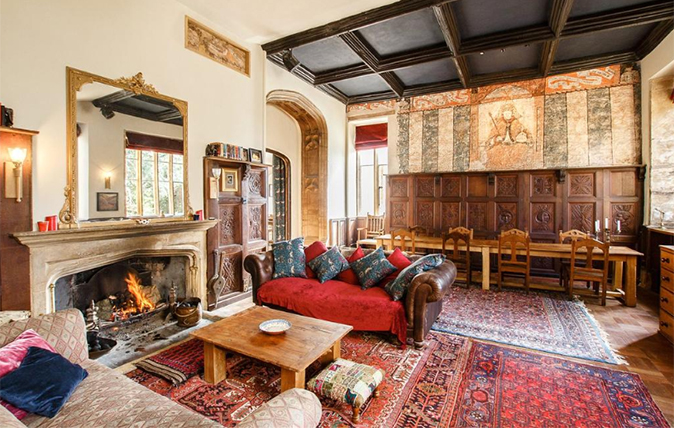 “The good transport links mean that this area of East Sussex continues to be a popular place to live for those who work in Brighton or the Capital.”