New kids on the block: Spectacular new builds in Monaco

Monaco is a Mediterranean idyll to the rich and famous as well as lovers of high-speed racing.
As the Principality contains some truly covetable properties, its new-builds are among the finest. Eleanor Doughty picks three to inspire.

In the heart of Monte Carlo, this two-bedroom loft-style home has panoramic views over the harbour, the sea and the palace of the Principality.

It’s also mere steps away from the Hôtel de Paris, the Casino and the spa Les Thermes Marins, with its saltwater swimming pool.

Inside the apartment, one can dine overlooking three different aspects, giving the impression of being on board an ocean liner, so say the particulars. There are two amply sized bedrooms—one with a harbour view and adjoining bathroom, the other with a view of the town. A third room could be used as either an office or an extra bedroom on weekends when you’d like to entertain a few more friends.
98000 Monaco, Christies, €22.5 million (020–3824 1951)

Bring back the Belle Epoque 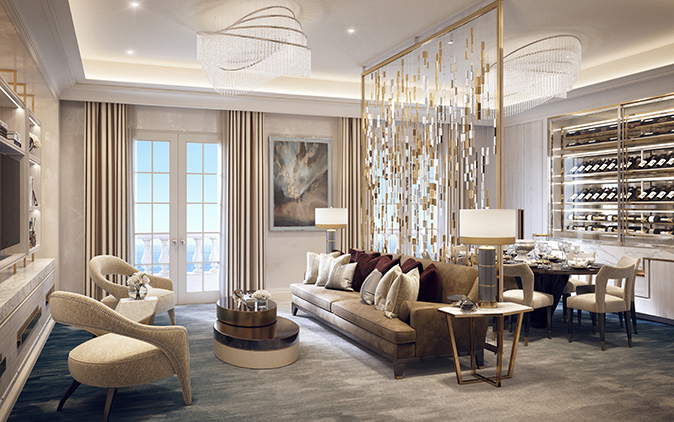 For a unique restoration project, look no further. With the sale of this four-storey, four-bedroom Monte Carlo villa, you get planning permission. However, it’s not any old refurb project: this would be the transformation of a Belle Epoque-style, late-19th-century villa into a state-of-the-art six-storey, six-bedroom palace. A proposed design by Morpheus opens up the building, focusing each floor on the south-facing windows with their sea views and maximising light.
4, Rue des Giroflees, Knight Frank, POA (020–7861 1553)

View from the top 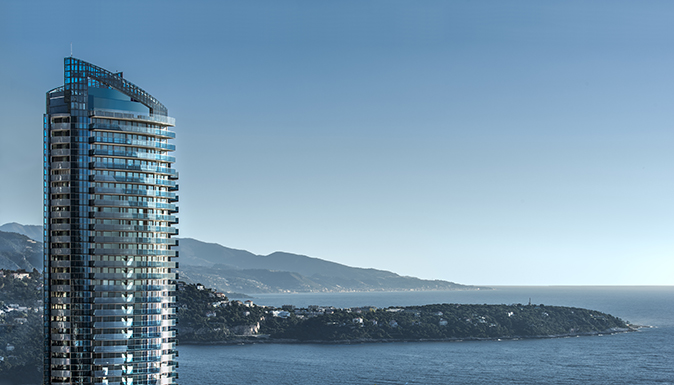 Ascend Tour Odéon, the newest skyscraper in Monaco, which has been designed by Alexandre Giraldi, and look to the east —you’ll find this two-bedroom apartment for sale. With floor-to-ceiling windows and a terrace, there’s plenty of light to take in views over the Mediterranean from one side and the Principality on the other. Lucky owners of properties within Tour Odéon naturally have access to top-of-the-range hotel-style services, including the luxury spa, a 24/7 concierge and a business centre for arranging those all-important meetings.
36, Avenue de l’Annonciade, Knight Frank, POA (020–7861 1553)

If you’re in Monaco and looking to treat yourself, there’s nowhere better than THIRTY NINE, the Principality’s new luxury-wellness members’ club, on Avenue Princesse Grace. The brain behind the project is former international rugby player and Monaco resident Ross Beattie. Inside his 20,000sq ft club, the design team at Morpheus and glass couturier Lasvit have created an 8ft-long chandelier in honour of Grace Kelly, the late Princess of Monaco, and arranged the luxurious facilities over four floors, incorporating a private dining area, outdoor terrace, spa and beauty wing. There’s also a gym covering 7,500sq ft, filled with every fitness machine and gadget you could ever dream of
(00 377 93 25 39 39; www.39montecarlo.com)