Teaching a gundog to ignore distractions

Working with his young springer Dolly, Neil Varney shows how to raise a gundog’s steadiness, especially when retrieving

Step 1: Start with the basics

When moving on to a new exercise it is always worth going back a step or two  and just reinforcing some earlier lessons. With Dolly, I took her back to some very basic steadiness lessons where I sat her  up on a lawn and got a helper to throw a few dummies all around her.

Despite previously being totally steady she broke on a couple of occasions and this gave me the opportunity just to remind her with a sharp “leave it” that she had to leave the dummy alone. Sometimes you need   a dog to go wrong so it has the opportunity to learn from its mistakes. 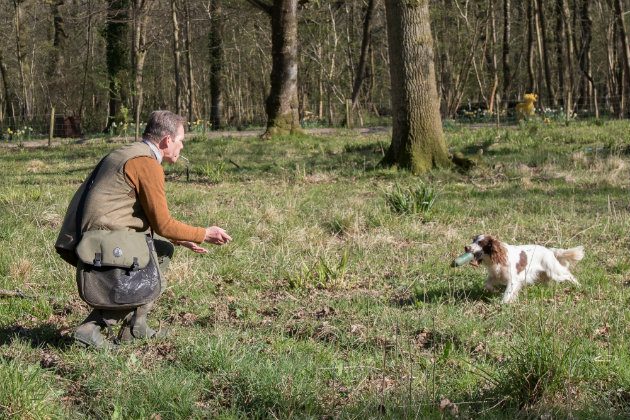 Once I was happy that Dolly had regained some of her steadiness, it was time to move on to trying her with some distraction retrieves. Any breed of gundog should be trained to ignore any other birds when coming back with a retrieve, whether they have been shot or flushed. 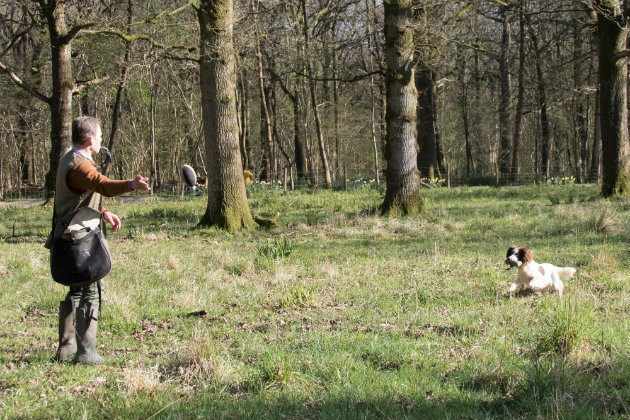 Neil throws the dummy as Dolly comes back

Dolly was sent for a simple seen retrieve and when she was on the way back I threw out to one side of me a highly visible black-and-white dummy. To start with, I really wanted to see what Dolly’s reaction would be and I wasn’t surprised when she veered off towards the bouncing dummy. It was just too tempting for her.

Now I knew what she was going to do,  I could be ready to pre-empt her the next time. I didn’t make a big issue of what had happened because I didn’t want to scare her. She is quite a sensitive little dog. If  my reaction had been too hard I could see that it could have caused further issues, such as her dropping her dummy or not even wanting to pick it up. 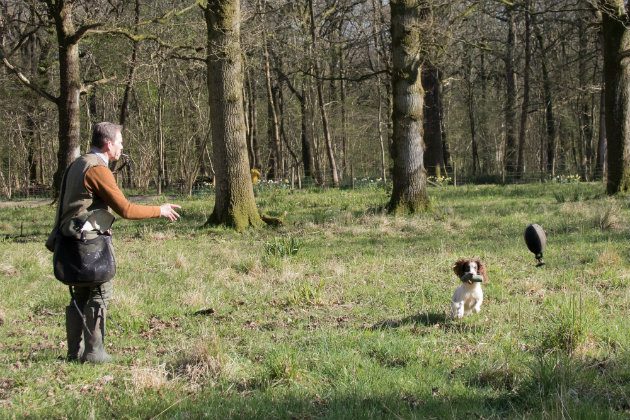 Dolly veers towards the bouncing dummy – but her reaction is expected

Step 4: A good recall is vital

I don’t want to sound like an echo but in  a situation like this, if your basic foundation training is sound you can overcome any adverse reactions.

A good recall is vital to any gundog and if it is ingrained in the dog, you can use it  to get the dog back to you while ignoring the distraction. Dolly has always been good on her recall, so next time I threw the dummy and immediately crouched down and called her into me. Her response was immediate — she came straight back  to me with just a cursory glance at the other distraction dummy.

Over the coming days I will gradually bring the distraction dummy closer to her as she comes back. One important point is that when you have taken the retrieve from the dog you must always go and pick up the other one by hand.