BASC has published new data, showing the drastic contrast in the amount of time taken for firearms licensing by different police forces

The 2015 Her Majesty’s Inspector of Constabulary (HMIC) report Targeting the risk concluded that the application of firearms licensing in England and Wales is “inconsistent and inadequate” with a wide variation in the amount of time it takes to grant and renew a certificate.

Shooting Times took a look at how effective local firearms departments were the following year in a November article, and now BASC has compiled a national performance database showing as much as a 28-fold difference between police forces.

Among the data, BASC found that a shotgun certificate renewal in Suffolk can take just eight days, but in Kent it could be as much as 225 days. Meanwhile, applicants can expect to wait the best part of a year for a firearm certificate grant in Essex although it will be delivered in under a month in Leicestershire. 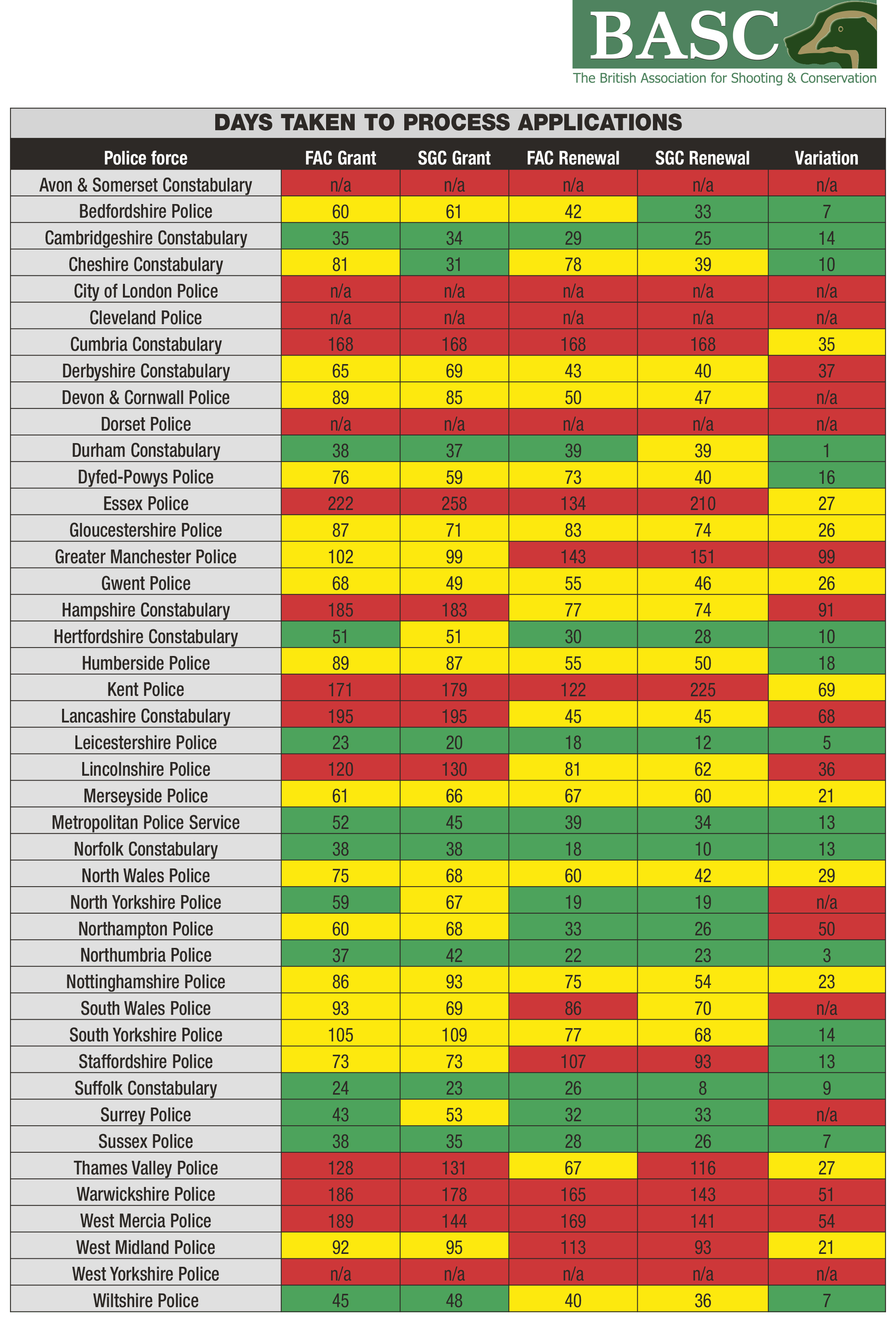 Forty-three police forces were contacted and those who failed to provide information were issued Freedom of Information Act requests; some have still not given the information despite their statutory obligation to do so.

As you can see in the chart above, BASC has ranked average processing times between forces using a traffic light system. Green cells are awarded to the top ten forces, while the bottom ten are red. Yellow cells indicate average performance.

The figures in each cell show the relevant average in days. “N/A” may mean the force had the information but refused to answer, that it isn’t recording all data across the parameter, or that it records the information in an inaccessible way such as holding individual paper records.

Bill Harriman, BASC’s director of firearms, said: “The inconsistency of service is of significant concern. Processing times are a complete postcode lottery from one police force to the next.”

BASC has contacted the national firearms lead, Assistant Chief Constable David Orford, to consider ways to improve the worst turnaround times and asked the Home Office to begin collating and publishing licensing performance data on a quarterly basis as part of an ongoing monitoring system. Many police forces are not implementing firearms licensing systems consistently, putting the public at risk, according to a report published… It now seems unbelievable that in 1916 you could buy and own as many guns as you liked without let or hindrance. That…